BARREN PLAINS TENNESSEE: (Smokey Barn News) Smokey has confirmed with Robertson County officials that a 15 year old boy has died after being shot in the back shoulder Wednesday afternoon on the property of a home located in the Barren Plains area. 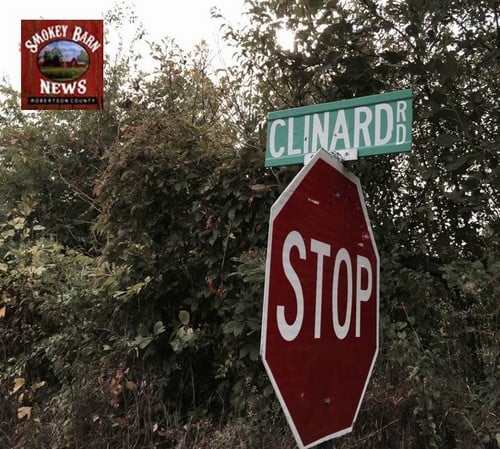 Early reports are that the shooting was accidental. Emergency radio traffic at 4:30 p.m. by medics in transit indicated that the boy was alive at that time.

According to Robertson County Emergency Medical Service Assistant Chief, Russell Gupton, “E.M.S.  crews along with law enforcement and fire responded to a residence on Clinard Road in the Barren Plains community this evening.

“We encountered a male juvenile with a gunshot injury. The victim was extremely critical at the scene and resuscitation measures were employed. The patient was transported emergently to NorthCrest medical center where teams continued those efforts to no avail. It was simply a tragic accident.”

Officials have released the name of the boy, he is identified as 15 year old Justin Mcghee of Jo Byrns High School. Justin’s father,  Shaun Mcghee, is a School Resource Officer (S.R.O.) with the Robertson County Sheriff’s Office. Coincidentally, Shaun works at the same school.

Smokey Barn News was aware earlier of the students passing but refrained from publishing the information until we received confirmation and clearance from the Sheriff’s Office and the family out of courtesy to both.

School district reaches out to the family and the community

“On behalf of the Robertson County School Board and all district personnel, our condolences go out to Justin’s family at their tragic loss, this afternoon. We stand ready to support the family and community in whatever way possible and will have grief counselors at Jo Byrns High School tomorrow to help his classmates work their way through this terrible tragedy.” Mike Davis, Director of Schools.

UPDATE: On Thursday the Robertson County Sheriff’s Office released the following statement relating to their preliminary report on the accident.

“We are saddened to announce a tragedy within our work family. At approximately 4:02 p.m. on August 5, 2015, deputies responded to a call on Clinard Road involving a teenager with a gunshot wound. Upon arrival, 15-year old Justin McGhee had been shot once with a .22 caliber rifle.

“Deputies deployed resuscitative measures until emergency medical personnel arrived on the scene. Justin was transported to NorthCrest Medical Center where he later succumbed to his injuries.

“We ask for prayers for his family and all those involved during the tragic and difficult time.”

In a show of respect, the Robertson County Sheriff’s Office lined up their vehicles in front of Springfield Memorial Gardens on Memorial Blvd.

The thoughts and prayers of the staff at Smokey Barn News are with the Mcghee family at this time.