Upon arrival, deputies with the Robertson County Sheriff’s Office found

The Robertson County Sheriffs Department is asking for the community’s help in locating individuals involved in a burglary early Thursday morning. 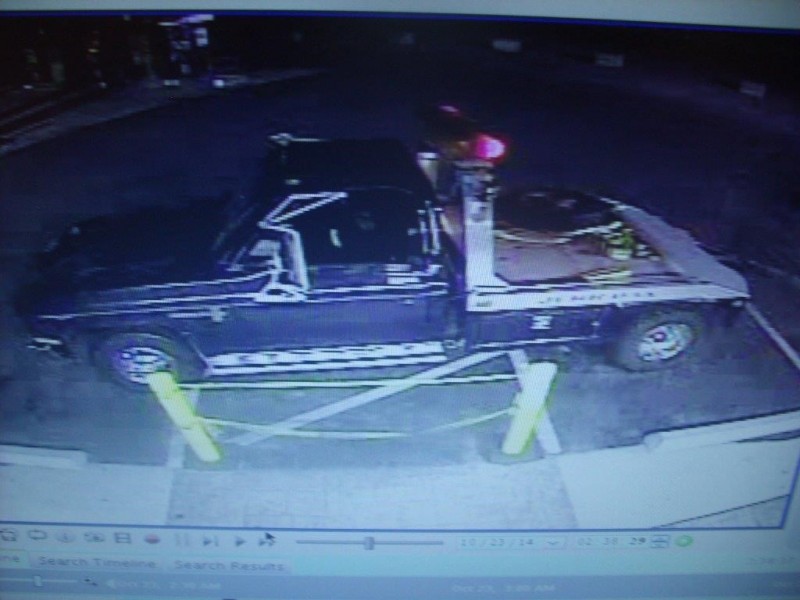 At about 2:40AM on Thursday, October 23rd, dispatchers received an alarm call at the BP station and convenience center located at 2942 Maxey Road in Cedar Hill.

When police arrived, they found the front windows of the store had been broken out with a vehicle, and several items were stolen from the store.

Among the items taken were three-hundred disposable lighters, fifteen cartons of cigarettes, approximately eighty baseball caps and $200.00 in cash. While the suspects kept their identities hidden, the vehicle involved was clearly visible on the surveillance footage.

The suspects used a purple Chevrolet or GMC flatbed wrecker to break through the front windows to gain entry into the store. The wrecker also has “JERR- DAN” on the side. Photos of this vehicle are attached.