SPRINGFIELD TENNESSEE: (Smokey Barn News) – Lt Richard Thomas was a New York City Firefighter on 9/11.  Lt Richard Thomas  drove up to Robertson County to hand deliver a piece of 9/11 steel from New York’s ground zero to Mitch & Dayna Lancaster, Springfield Carpet One and to personally thank them for their generous support of the  “Stephen Siller Tunnel to Towers” Foundation.

Members of the community and the media were present to witness the historic occasion. The video report above of Lt Richard Thomas provides first-hand incite on that day.

Thomas told the attentive crowd that he thought he was going to die that day, a feeling that only subsided when he saw US fighters jets fly low overhead and he know, “the Calvary had arrived.” Lt Thomas was clearly moved by the attacks in Paris and he had a message to France. “This too shall pass, people who you elect or lead you matter, pay attention. Political correctness will be the death of us all”.

Lt Thomas’ account of that day is nothing less than moving.  Almost 3,000 people lost their lives that day and over 6,000 were injured, in what was the largest 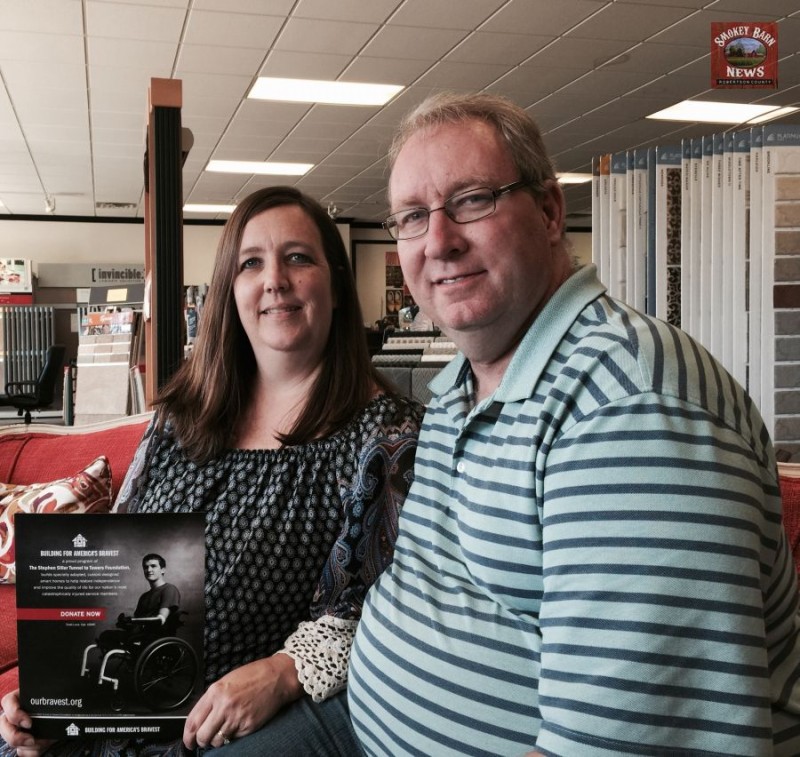 single attack on American soil in history. The crumpled remains of the towers have come to memorialize all we feel as Americans about that day, and it’s instinctive to want to reach out and hold a piece of it.

Thanks to the kindness and generosity of the Fire Department of New York City a little piece of 9/11 has come to Robertson County.

The BFAB program builds hi-tech “smart homes” for service members returning from war who have been catastrophically injured.

Carpet One Floor & Home, and its manufacturing partner Mohawk, have committed to providing flooring materials and installation for 46 of these “smart homes.” Each store’s customers are invited to share information about the program with others, and make a personal contribution at the store site.

“We are truly humbled and honored that the Tunnel to Towers Foundation and members of the FDNY—who were actually at Ground Zero on 9/11 and during its aftermath—have traveled all the way from their home base to visit us and express their gratitude to us,” says Mitch Lancaster, Springfield Carpet One. “In fact, we are the ones who are thankful to them for their dedication and service. That is why we are so thrilled to be part of this impactful program that helps military heroes who have sustained the most devastating injuries.”

About Springfield Carpet One

About the Stephen Siller Tunnel to Towers Foundation

The Stephen Siller Tunnel to Towers Foundation, named in honor of FDNY 9/11 fallen Firefighter Stephen Siller, and best known for its annual Tunnel to Towers Run at Ground Zero in New York City, is committed to building specially-adapted “smart homes” for the most seriously wounded U.S. service personnel through its Building for America’s Bravest program. For more information, go to www.Tunnel2Towers.org. 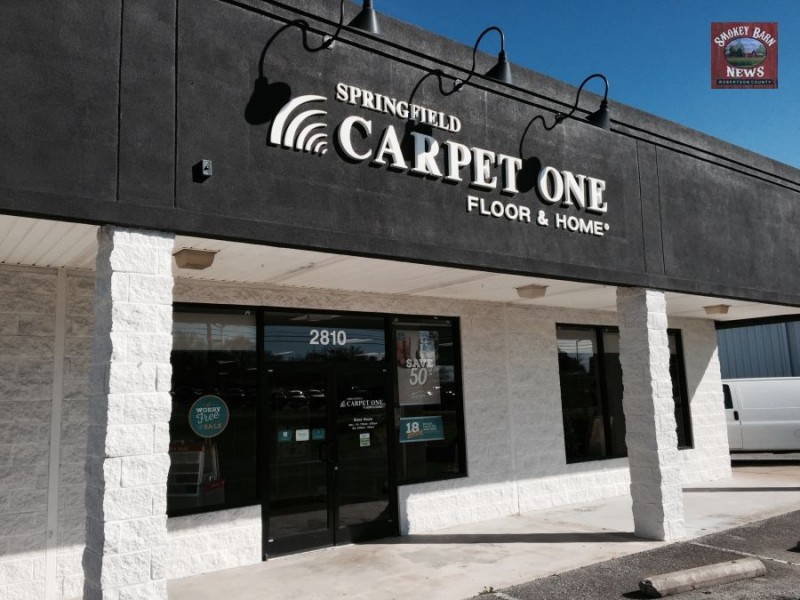