Accident on Hwy 49 in Coopertown takes one life Tuesday… 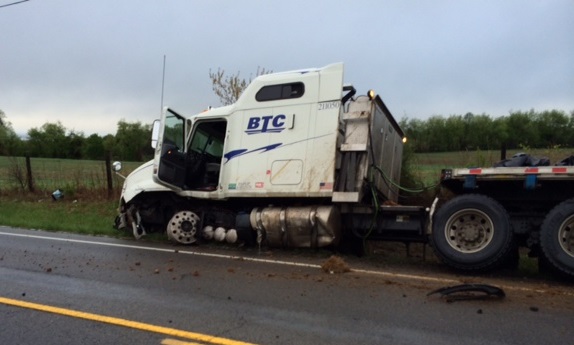 Accident On Hwy 49 In Coopertown Takes One Life

The Tennessee Highway Patrol is currently investigating the accident that involved a Semi and a passenger vehicle and as of 11:00am the investigation was still ongoing. The scene is not expected to be cleared until after noon. 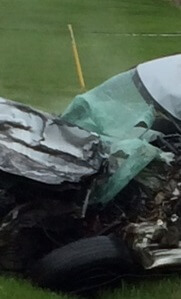 Randy Crossland of Greenbrier was directly behind the accident as it occurred.  Crossland was on his way to work in Ashland City and was on Hwy 49 heading towards Coopertown at the time of the wreck.

According to Crossland, he ended up behind the vehicle as he came through Springfield somewhere before the 49 Market. Crossland said that before the accident occurred the vehicle moved over into the oncoming traffic lane as though he was going to pass the vehicle in front of him.

“He was in the left lane going the wrong way. My first thought was that he was going to pass this SUV in front of him. I thought, this is not a good place to pass. He stayed in the left lane for a good quarter of a mile. Then he turned right back in behind the same SUV.”

Crossland said the driver drifted over into the left lane two more times before entering the Coopertown school zone. There was an officer directing school traffic so Crossland stopped for a moment and told the officer about the erratic driver but there just wasn’t enough time to do anything Crossland said. “It was just three or four miles up the road when the wreck occurred.” 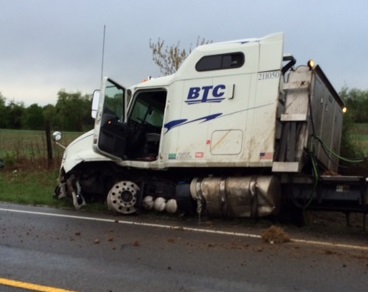 The THP was on the scene very quickly, “She was there within three minutes, Crossland said but there was little anyone could do for the driver.”

Crossland told Smokey that the driver of the semi did everything he could to avoid hitting the car. “He moved all the way off the road to try to miss the car.”

The impact was enough to cause the tractor trailer to lose its load of steel. “It’s a good thing the load went right or it may have hit my car, Crossland said.”

“It was a terrible thing to witness, being that close, it’s crazy, Crossland said.”

The Tennessee Highway Patrol has identified the driver of the passenger car as Dillon R. Stewart, 18, of Ashland City. Stewart was driving a 2002 Mitsubishi Galant, according to the T.H.P. report.

The driver of the tractor trailer, Troy E. Ricks, 29, of Paducah Kentucky, was not injured.

Smokey’s thoughts and prayers are with the Stewart family as they face this tragedy.

Visitation for Dillon will be at the Boyd Funeral Home on Thursday April 16th from 3-8pm and on Friday from 10am till time of service at 2:00pm with Bro. David Finch officiating.