Active Search On For Burglary Suspects In Springfield

The Tennessee Highway Patrol is assisting with K9 units in the area. The search area is Hopewell Rd between Hancock Rd and Calvert Rd. MAP

An abandoned vehicle was recovered earlier this afternoon and is believed to belong to the suspects according to Ryan Martin, PIO with the Robertson County Sheriff’s office. 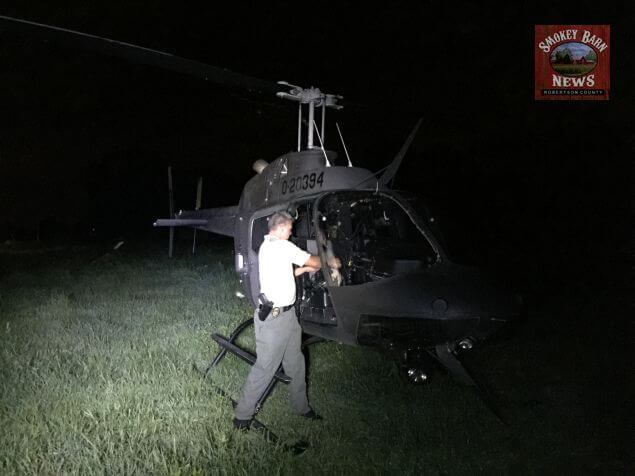 “We have no information at this point that suggests these suspects are armed and dangerous. However, we strongly advise the public to never approach anyone that seems suspicious and to contact law enforcement.” stated Martin.

Smokey Barn News has confirmed that the Tennessee Highway Patrol has brought in two helicopters to assist in the search. Robertson County Sheriff Bill Holt is on the scene and participating in the search.

The Sheriff’s Offices asks that if citizens see anything suspicious please contact Robertson County Dispatch Center at 615-384-4911 or in an emergency dial 911.

Update 11:20pm: The Robertson County sheriffs office has concluded the search this evening. Officials told Smokey Barn News that they have developed information that indicates the suspects have left the area. 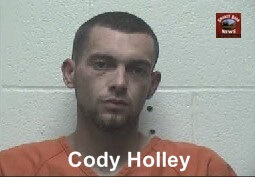 UPDATE: This morning officials received a tip regarding the location of one of the suspects that led them to Youngville Rd. Once there they found 26 year old Cody Holley walking down the road, according to Robertson County PIO Ryan Martin.

Holley was taken into custody without incident. He was transported to the Robertson County Detention Facility in Springfield.

Holley is charge with Aggravated Burglary, Criminal Trespass, Theft Of Property, Under $500 and Vandalism with a bond of $46,000.

Warrants are being obtained on the other two suspects, Martin said.  Martin also told Smokey Barn News that they don’t believe the other two men are still in the Youngville Rd area.

As more information becomes available we will being it to you.