Smokey spoke with the family Friday. “It’s been a very tough Thanksgiving.

Omer Gene Brooksher, 77, long time Mayor of Adams and friend to the community died unexpectedly in his home Thanksgiving day. The Adams community, the Brooksher family and many in Robertson County are devastated by his passing.

“The passing of Omer Gene Brooksher is an enormous loss for this entire community, said Robertson County Mayor, Howard Bradley. “He obviously loved Adams but he was also a very important part of Robertson County, I count this as a deep personal loss. The many things that he did will be remembered for a long long time. Omer Gene was in many ways the driving force behind much of Adams in terms of tourism, the Smoke and Spirit plays and the renovation of the old bell school, he was a true visionary and just a wonderful leader and man.”

Smokey spoke with the family Friday morning. “It’s been a very tough Thanksgiving. It’s very difficult, especially the way that it was. We sort of knew something was wrong. We had all the family here as we do every Thanksgiving. This was the first time we were going to have all the grand kids and everybody together and Mr. Brooksher was supposed to be here at 12:30. He’s always the first one here. We waited and waited and called, finally, around 12:40AM, we decided to go see what was keeping him.”

“As we pulled up to his house, both vehicles were there, so we went inside. As we entered the house there was a feeling that something was wrong. We made our way up the stairs and there he was, sitting in a recliner with the TV on. He was fully dressed with his cell phone right next to him. We quickly called 911. Then we had the coroner come, it was just devastating.”

“A friend had spoken to Mayor Brooksher in the morning at 8:00AM. Around that same time the Fire Chief Ray Brown said that the Mayor was at the schoolhouse, City Hall. He always goes up there and checks, so he must of passed sometime between 8:00AM and noon.” 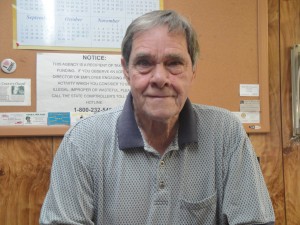 “We were at his house on Wednesday night,” son-in-law Ronny Carlisle told Smokey. “We brought over a new vehicle to show to him, we sat and laughed and talked. We talked about sports, upcoming ball games, he was fine.”

Carlisle told us that Brooksher had just been to the heart doctor on Monday” After the doctors visit he told his daughter that he got a “clean bill of health.” Years ago he had open heart bypass surgery but he was such an active man that’s the shocking thing, you go Monday to your doctor and he gives you a clean bill of health and……”

The vice mayor (now the mayor) Mary Mantooth came by the house to speak to the family. She asked the family if they wanted to cancel the parade. “We said no, he wouldn’t want that, he never wanted to be in the limelight, he always wanted everybody else to be in front of him, so the parade will go on, that is a must. Everything he did was for the city of Adams, that was his life…….that was his life.”

In tears, Adams City Recorder, Joi Garrett, told Smokey,” We’re all broken hearted, he was one of the finest men I ever knew.” Garrett has worked side by side with Brooksher for 7 years.

The family first thought to hold the services on Saturday, “Then again we thought he would not have wanted that because it would take away from the parade, so we may be leaning toward Sunday visitation and burial on Monday, that’s the way he was, he didn’t want anything to interfere with the city of Adams.”

“It’s a devastation to the community,” Vice Mayor: Mary Mantooth told Smokey Friday morning. “He has been such an important part of this community for many years. He was born and raised here, we’ve been friends for years, he actually built our house. He’s been very instrumental in city grants and the every day running of the city and all the activities. Community clubs, the bluegrass, the Threshermen show, 4th of July, anything that went on he was right there in involved in it. He took an active interest in everything.”

Being the Vice mayor, Mary Mantooth will be the interim mayor of Adams until 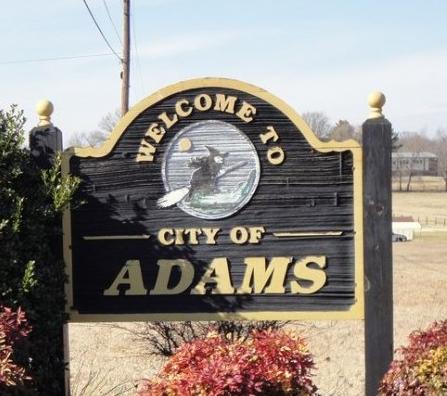 Tuesday night when the board will appoint someone to fill the rest of Brooksher’s term of two years. Brooksher has been Mayor for over 20 years and he was just reelected back in November.

Each vehicle in the Christmas parade this Saturday will have a black ribbon as a special sign of the community’s love and respect for Mayor Brooksher.  (See parade info here) After the parade there will be a moment of silence in remembrance of  Brooksher at the pavilion, all are welcome to attend.

The family has asked long time friend of Omer Gene, County Mayor Howard Bradley, to speak at the service. 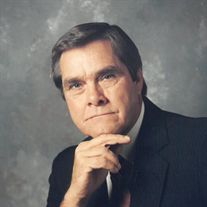 The family wanted to thank the Adams Fire department and Robertson County EMS for their kindness during the devastating ordeal. “The two Robertson County Sheriff’s officers that arrived were also two fine gentleman, very nice,” the family said.

Mr. Brooksher was born August 29, 1937 in Robertson County to the late Omer T. and Flossie Arms Brooksher. He was a self-employed contractor, member of the Adams Men’s Club, member of the Tennessee Kentucky Thresherman’s Association and served as the Mayor of Adams.

In addition to his parents Mr. Brooksher is preceded in death by his wife, Thelma Jean Jenkins Brooksher, his sister, Frances Ragland and his brother, Tony Brooksher.

Smokey would like to express our deepest sympathy to the Brooksher family and to anyone touched by the sudden loss of Omer Gene Brooksher. 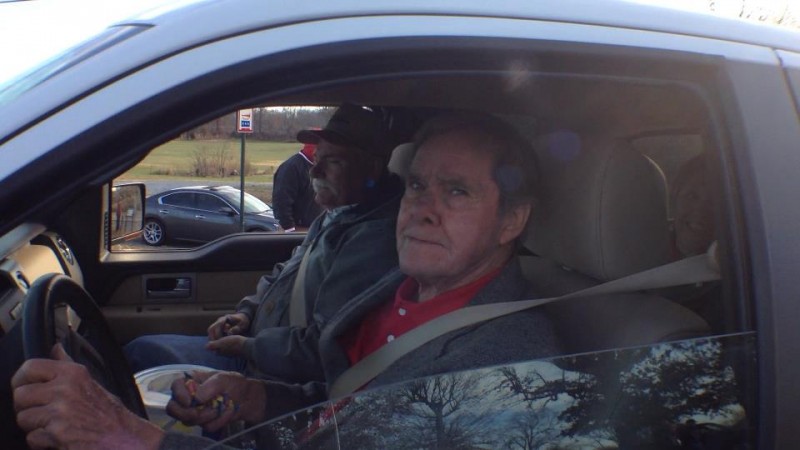