If you recall Smokey did a report on a Gannett owned Newspaper that  Posted Gun Owners’ Names & Addresses on an interactive map. Well it turns out that privacy advocates have struck back.

First a little background,  The short of it is that a (Gannett Company, Inc. owned) news outlet in New York called The Journal News decided it was a good idea to find out who the “registered” gun owners are in the New York’s Westchester and Rockland counties and post their names and addresses in an article called “Map: Where are the gun permits in your neighborhood? “. 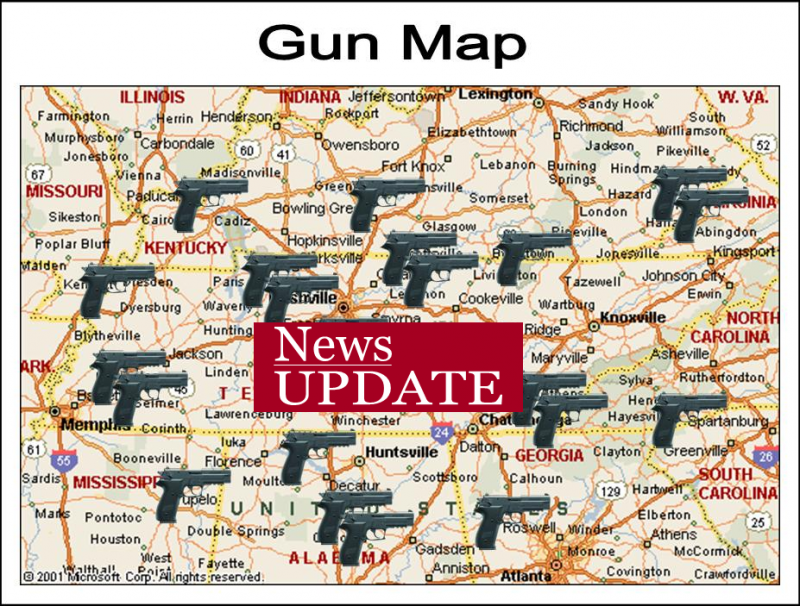 The “map” is digitally interactive so you can easily see if your neighbors have gun permits.  Imagine waking up to see your name in the news on a map like that. Needless to say local residents (and readers of the publication) were not too pleased with the papers decision to coalesce their names and addresses and post them for all to see.

The story has gone viral receiving strong reactions all across the nation. The Journal obtained the information through the (as they put it) “Routine Freedom of Information law requests”. Turns out they’re right, there is no law prohibiting the media from compiling or publicizing such a list.  (Original Story FULL)

Needless to say the reaction to the map has not been too good and has caused some interesting reactions from the public.  Here are two that stand out.

Christopher Fountain,  a blogger in Connecticut did some interesting research and found the names, addresses and phone numbers of the staff of  The Journal News with photos of them and their homes. He offers suggestions as to why you might want to call them.  “I don’t know whether the Journal’s publisher Janet Hasson is a permit holder herself, but here’s how to find her to ask” Fountain says on his site.

So has all the bad press and anger had any effect on The Journal News? Seemingly not as they have not removed the map. The owner of the paper (Gannett Company, Inc.) which also owns many local papers, (see list below) has of yet not reacted to the papers decision to create the map or whether other papers owned by Gannett will be following suit with gun maps of their own. If the map had also shown crime rates along with the stats on gun ownership perhaps there could be some usefulness to the general public, but to just post the gun owners names and address’s seems unwise at best. The only good I can see would be that an invading army might just hesitate when they see how many guns are “registered” let alone all the guns that are not or don’t require registration.

Many local news outlets are owned by Gannett , which also owns The Journal News. Companies like The Tennessean,  Robertson County Times,  Dickson Herald,  the Gallatin News-Examiner,  the Hendersonville Star-News,  the Fairview Observer,  the Ashland City Times,  Clarksville Leaf-Chronicle,  The Daily News Journal in Murfreesboro and two other independent Gannett papers.

What are your thoughts on the subject? The information is public,  should there be a nationwide  interactive gun map?

Smokey will continue to track this story for ya, so stay tuned..