Airborne Car Crashes Into Bedroom, Lands On Resident In Clarksville

CLARKSVILLE TENNESSEE: (Smokey Barn News) – Around 1:30 this morning Clarksville Police responded to the 2000 block of Tiny Town Road for a vehicle crash. MAP When police arrived they found that a 2013 Hyundai Sonata had crashed into an upper floor of the Blue Grass Meadows Apartments. LOCATION OF CRASH

According to Police, the vehicle left the roadway, traveled down an embankment and then climbed another embankment going airborne crashing into the bedroom of an apartment several feet off of the ground.

A resident of the apartment was in bed in that room at the time of the crash and became trapped underneath the vehicle. Somehow the resident was not critically injured and was transported to Nashville with “non-life-threatening injuries,” according to Clarksville Police. The apartment building has been structurally condemned.

As a result, 12 adults and 4 children have been displaced. The Red Cross responded quickly and helped to provide accommodations for all of them.

This is still an on-going investigation and toxicology results are pending. 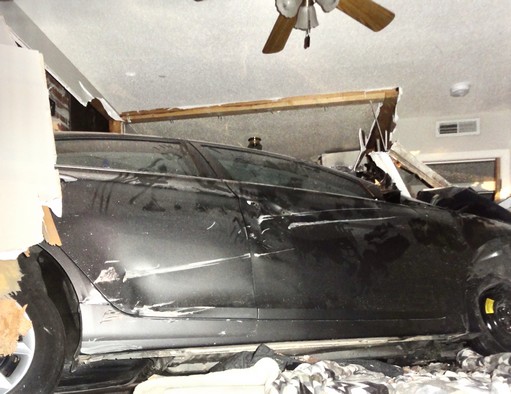 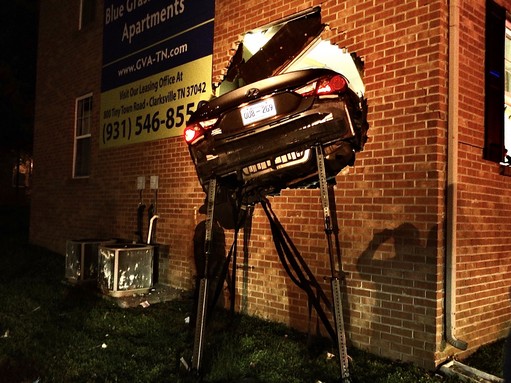