Albert Allen Dale, Local Firefighter and Veteran has Died, He Was 66 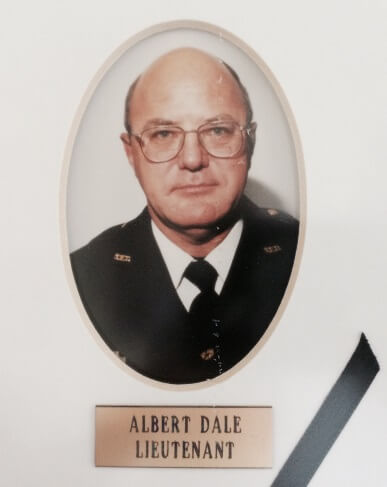 Retired local Firefighter, Albert Allen Dale, age 66, of Springfield, passed away Wednesday, March 25, 2015 at Alive Hospice Skyline Madison Campus. Funeral services were held today at the Greenridge Church of Christ in Greenbrier. Albert was laid to rest at the KY Veterans Cemetery West in Hopkinsville but before that there was just one more stop to make.

The procession took a detour on it’s way to KY Veterans Cemetery, the route would take them down Central Ave in Springfield and right by the Springfield Fire Department where a very special salute to Albert was standing by. Smokey was there to capture it for you. https://youtu.be/a450lZp5krs

Mr. Dale was born October 3, 1948 in Alliance, Ohio to the late Frank Albert Allen Dale, Jr. and Mrs. Wilma Maurice Stine Dale. He was a fireman, worked at Austin & Bell Funeral Home as a funeral attendant and was a member of the Greenridge Church of Christ.