The family made a wise choice and immediately evacuated the apartment 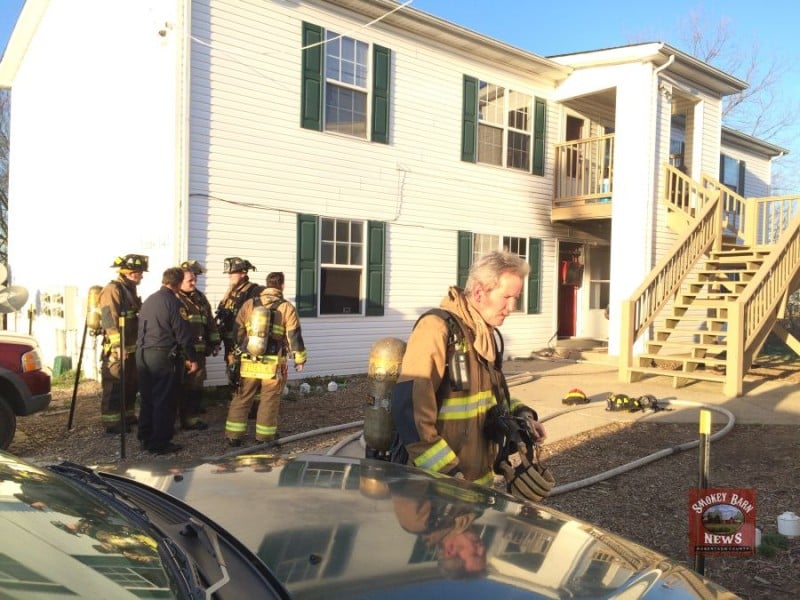 made a wise choice and immediately evacuated the apartment and called 911 as soon as the fire started.   The apartment does have considerable smoke and water damage but due to the efforts of Springfield firefighters, most of the fire damage was contained to a single bedroom and none of the other units were damaged in the fire.

There were five people living in the apartment including two adults and three children, ages 11, 7, and 4. Due to the great work of Springfield Fire, much of the family’s personal property was saved but they will still be starting over and they did not have renters insurance. We did speak to the family, should they decide to reach out to the community for assistance they will let us know, most likely after an inventory of what they are able to salvage.

The call came into 911 just before 6:00pm. As far as a cause of the fire, Captain Pulley with Springfield Fire told Smokey Barn News that though the fire is still under investigation, he believed the fire started in the back bedroom. The family said they heard a “pop” just before the fire started and (according to Pulley) there was a mattress up against an electrical outlet. Pulley said the outlet could have sparked over to the mattress igniting it. Pulley also indicated that the fire was being classified as accidental. No injuries were reported.

The property manager, Keith Woodall, said there was insurance on the property. The apartment will need considerable cleaning and repair work and is not livable at the moment but the family indicated that they did have temporary housing available via family.

The family told Smokey that the important thing was that everyone got out safe.