The second of two AR15’s stolen from police vehicle Sunday….

A police issued AR15 rifle was stolen from a Millersville police vehicle over the weekend. Between the hours of 10:00pm, March 22 and 8:26 am, March 23, 2015 someone burglarized the Millersville Police patrol car while it was parked in the Mansker Farms area in Hendersonville. 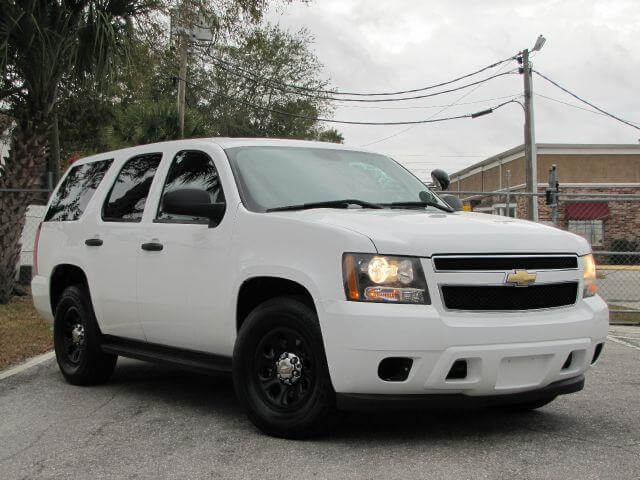 The burglar was able to make entry into the vehicle without causing any damage. An AR15 223 Semi Automatic brushmaster stored in the rear deck of the fully marked Chevy Tahoe (like the one pictured right) was stolen in the burglary, according to Millersville police Chief David Hindman.

Back in July of 2013, a Greenbrier police car was broken into and an AR15 Semi Automatic rifle and ammunition were taken. The cruiser was parked at the officers home at Piccadilly Apartments on Windsor Green Boulevard in Goodlettsville, TN which is in Davidson county. In that case the front passenger side window was broken out to gain access to the trunk where the weapon was stored.  Several other police cruisers were being burglarized around that same time in Nashville back in 2013.

Within a three day period back in 2013, five Metro Police vehicles, one Davidson County Sheriff’s Office car, one Metro Parks Police car and one Greenbrier Police car were burglarized while parked in various Davidson County neighborhoods. Some weapons and assorted other law enforcement equipment were taken. Full Story. The investigation back in 2013 led to the recovery of some of the equipment but no suspects in this Sunday’s burglary have been identified.

Anyone with information regarding this crime is encouraged to call Hendersonville Crime Stoppers at 615-573-5400. Tips can also be submitted by text to the number 274637 (crimes) using keyword TIPHPD.