SPRINGFIELD TENNESSEE: (Smokey Barn News) – Springfield Police are releasing chilling security video footage of an armed robbery that occurred early Sunday morning in Springfield. In an unusual step, police have decided to release the audio recording of the robbery in hopes that someone will recognize the voices of the men. 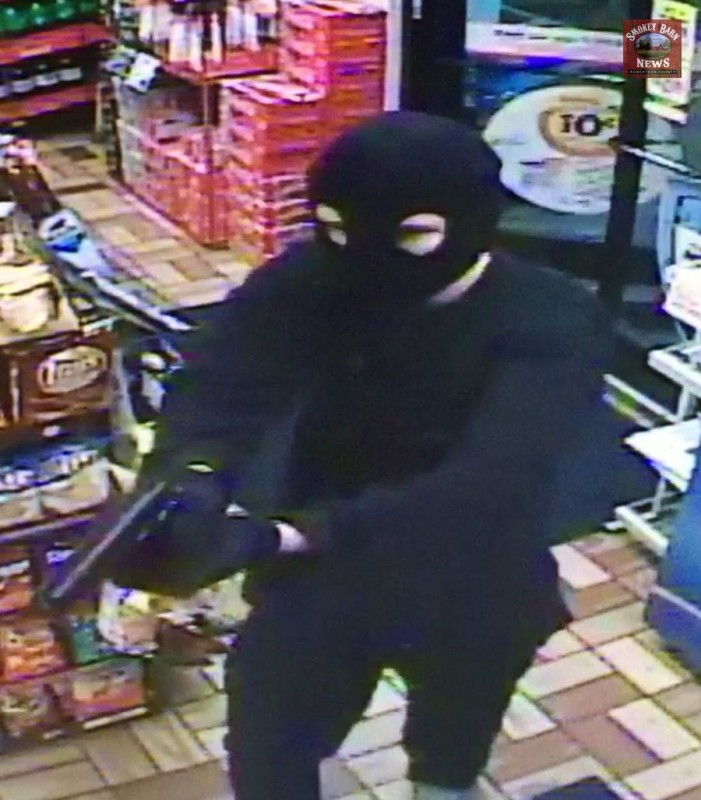 Police say the men escaped with a small amount of cash from the register and a few packs of cigarettes.   Before entering the store the men struck outside cameras to point them away from crime scene.