RIDGETOP TENNESSEE: (Smokey Barn News) –Around 11:20AM Monday morning two schools in Ridgetop were put on “lock out” for about two hours. The Lock-out’s were put in effect while several police agencies searched for a man that fled on foot after a traffic stop in Ridgetop. According to Ridgetop Police Chief Jeff White, Greenbrier Police initiated a traffic stop in Ridgetop’s jurisdiction. After the stop the driver fled on foot.

The location of the stop was near two Ridgetop schools, Watauga Elementary and Ridgetop Adventist Elementary.  To be on the safe side police put both schools on Lock-Out while they pursued the suspect. The suspect was captured about 12:10PM and both schools were released from the Lock-Out.

At least three police agencies helped with the search including Greenbrier, Ridgetop and Coopertown police. The general search area was around Watauga Elementary and the grounds of the school at one point were thoroughly searched. “It was just bad luck that the suspect ran towards the two schools,” White said.

According to Press Representative Jim Bellis with Robertson County Schools, the schools 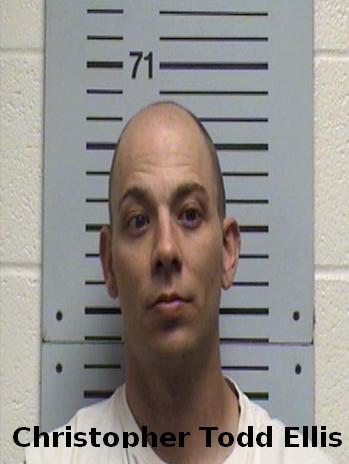 were placed on “lock-Out.” A lock-Out means all interior doors are locked but inside the school it’s business as usual. The next level up would be called a “Lock-Down.” With a Lock-Down all exterior doors and interior doors including classroom doors are shut and locked,
Bellis said. In this case officials opted for the lesser “Lock-Out” while police worked on figuring out what they were dealing with.

The suspect, Christopher Todd Ellis, 34, of Greenbrier, was captured by Coopertown Police on Bethel Rd.