Car VS Apartment Building In Portland, One In Custody

PORTLAND TENNESSEE: (Smokey Barn News) – Two people were injured Tuesday afternoon after a vehicle crashed into their apartment in Portland. The apartment complex is located on Fireside Dr. off of College St. The call came into 911 at 2:00pm. (Location of accident)

According to Portland Fire officials  one of the occupants of the apartment were transported with non life threading injuries and one other occupant received minor injuries.

The damaged apartment unit was deemed unsafe  for occupancy after a structural examination , however the other three units of the four-plex apartment building were cleared for the residents to return.

The accident is still under investigation but what we can tell you is, the driver was taken into custody and charged with Aggravated Assault and transported to the Sumner County detention facility in Gallatin. 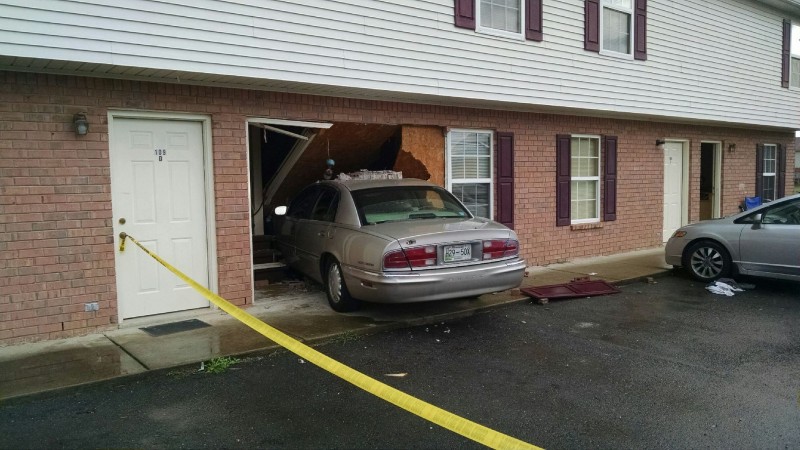