With the chilly temperatures, icy road conditions and topography, one would expect vehicle related accident injuries or even frostbite to be the main cause of LifeFlight helicopters landing in Robertson County, not so.

This afternoon, sledding officially became the most dangerous weather related activity in Robertson County when a second LifeFlight helicopter landed to transport a 15 year old boy injured in a sledding accident.

The call came into 911 around 2:15pm Thursday from Green Rd in Springfield. MAP Smokey was monitoring radio traffic at the time. What we heard was, a 15 year old boy had impacted a tree while sledding, they were calling it a head injury and LifeFlight was called.

Robertson County’s Emergency Management Agency Director, R.L. Douglas, just happen to be in the vicinity and was on the scene quickly. “It could have been a spinal injury,” Douglas said. The hill (about 80 yards long) was steep (about 45 degrees) and the snow was very hard and slick and the sled used was flat bottomed,  according to Douglas.  All that worked together to propel the boy down the hill very fast.

According to Douglas, the boy was awake when he was transported via LifeFlight. A landing site for the helicopter was set up adjacent to the home in a field.

This is the second sledding related accident that put LifeFlight on the ground in Robertson County this week. Robertson County Schools have been closed this week due the poor road conditions and frigid temperatures. With that free time, 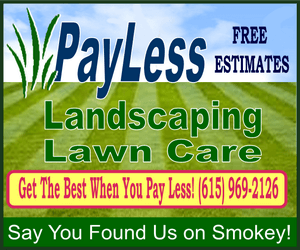 the kids are out having fun on sleds and 4 wheelers.  Tuesday afternoon a 7 year old child was airlifted to Vanderbilt via LifeFlight with serious injuries sustained from an accident involving a sled and an ATV.  The incident occurred on Stroudville Rd in Cedar Hill. MAP

We don’t have definitive updates on the condition of either child but are hoping that both make a full recovery.

If you are riding ATV’s or sledding in this weather please be careful.