Officials believe that a medical emergency may the be the cause of a fatal accident that occurred on Hwy 49 Sunday afternoon in Coopertown. 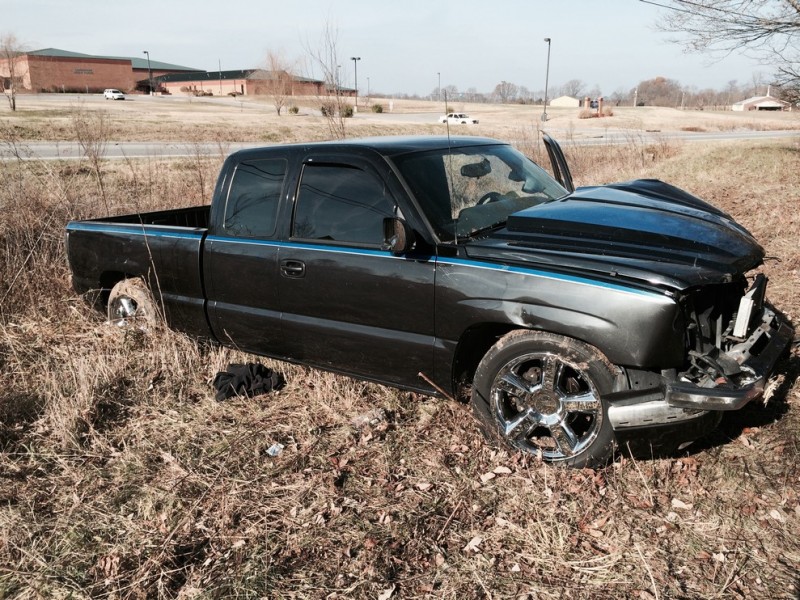 According to Coopertown Police, Jeff Sale, 47, of Clarksville was traveling West on Hwy 49 Sunday afternoon around 12:36PM when his pickup left the roadway directly across from Coopertown Middle School and impacted a treeline. (Location of wreck) After the impact the vehicle spun around stopping some 30 feet from the initial impact site.

Two witnesses saw the wreck and called 911. Arriving quickly on the scene was Coopertown Police officer Tyler Haley who is also a trained EMT. Haley found the driver slumped over on the seat, he was not breathing and he had no pulse. Haley immediately began CPR on Sale until emergency crews arrived.

Sale was transported to NorthCrest Medical Center in Springfield but he did not survive. It is not clear at the moment if Sale died from the injuries he sustained in the accident or if some kind of medical emergency was the primary factor. The impact was strong enough to trigger the vehicle’s airbags to deploy.

The accident is still under investigation.

Smokey would like to convey our deepest sympathy to the Sale family and to anyone touched by this tragedy.

According to his on line obituary, Jeffery was born August 12, 1967, in Clarksville, TN, to Lewis Sale and Rebecca O’Bryan Shelton.

Funeral service will be held at 11 a.m. on Wednesday, December 10, at the Chapel of Neal-Tarpley-Parchman Funeral Home, with Rev. Mike Madewell officiating. Burial will follow in Pleasant View Cemetery, in Dickson, TN. Visitation will be from 3 p.m. to 7 p.m. on Tuesday, December 9, and from 9 a.m. until the hour of service Wednesday at the funeral home.