Nashville, Tenn. – The Tennessee Department of Environment and Conservation issued a temporary water contact advisory today for Millers Creek in Coopertown, which is located in Robertson County. The Maple Green wastewater treatment lagoon developed sinkholes and a reported seven million gallons of wastewater was released into the groundwater that eventually reached the headwaters of Millers Creek.

TDEC is issuing this water contact advisory out of an abundance of caution. The department has collected samples and is informing the public that ongoing flow of untreated wastewater into Millers Creek presents a potential public health threat. Initial sampling results should be available within 48 hours.

There are no downstream drinking water intakes for up to 50 miles and no known private wells in the immediate area. A temporary berm is in place, but the lagoon, as modified, does not provide full treatment of the wastewater. 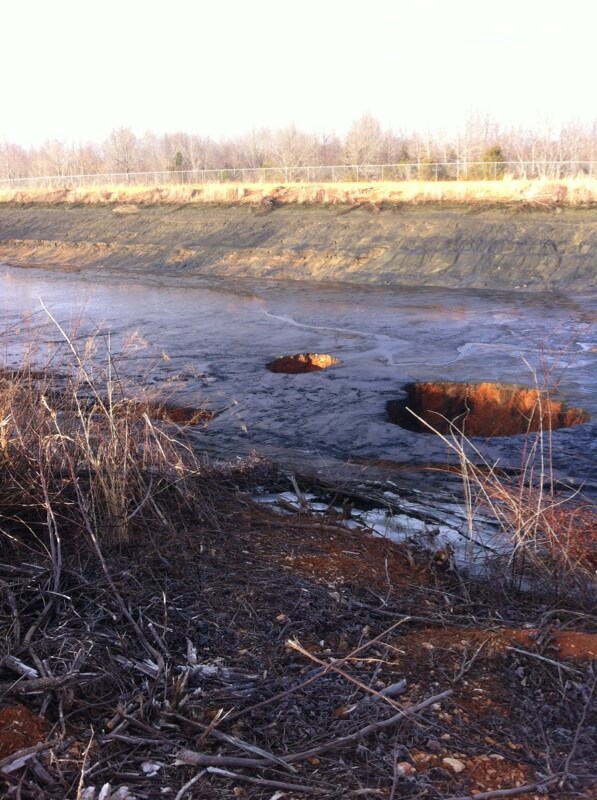 The Division of Water Resources within TDEC has been on site and several actions are being taken at this point in time, including:

The Tennessee Water Quality Control Act requires that the department post signs and inform the public when bacteria in water or contaminants in sediment or fish tissue cause public health to be unduly at risk from exposure. Upon receipt of the initial sampling data, TDEC will determine if posting signs is warranted.

According to the Tennessee Department of Health, illnesses can be caused by germs that are spread by swallowing or having other contact with contaminated water.  These illnesses can cause several types of symptoms, including gastrointestinal, skin, ear, respiratory, eye, neurologic and wound infections, but the most commonly reported is diarrhea. Even healthy swimmers can get sick, but the young, elderly, pregnant women and those with weakened immune systems are especially at risk. If water contact cannot be avoided, or if you are unsure of the cleanliness of the water you have contacted, the best thing to do is wash with clean water and soap. Ingestion of contaminated water and exposure to open cuts or scrapes would be the greatest cause for concern from a health standpoint.

Emergency Order issued Nashville, Tenn. – The temporary Water Contact Advisory for Millers Creek in Coopertown, located in Robertson County, has been lifted based on results of samples collected following lagoon failure and release of wastewater. While samples do not indicate an undue bacteriological threat in the creek, the department issued an emergency order today to ensure the site meets permit limits.

However, the remainder of the lagoon is not sufficient in size or depth to provide secondary treatment necessary to meet permit limits. TDEC advised the public not to come in contact with Millers Creek after the incident out of an abundance of caution in the case that samples showed any type of public health threat. Five locations were sampled, and all indicated bacteria levels typical to streams in this area.

TDEC tests apparently show that the creek water is OK, it does make one wonder where the seven million gallons of wastewater actually went. One thing to point out is that the water in the lagoon was septic tank release water, not completely unprocessed waste. It just seems a little strange that the earth can just open up and swallow up seven million gallons of anything over night.

Smokey was contacted by a family that lives near the lagoon and they provided some interesting facts about the area around (and even potentially under) the lagoon. The family has lived in the area for about 200 years, so their perspective was fascinating to listen to. The Family wished to remain anonymous but what they tell us is that the area around the lagoon is heavily prone to sink-holes because there is a network of caves in the area. One cave they mentioned by name is called Holmes cave.

They have known about the caves and the sink holes for several generations, it’s just part of the landscape there. Sometimes their dogs would go into the caves and disappear, only to reappear out of a sinkhole hundreds of feet away. One family member was introduced to the caves as a teen back in the 70’s by his father. It was wet and dark, you could see the roots from trees above eerily coming through the ceiling of the cave, he said. Just inside the entrance was a “room”  about 12 feet by 12 feet according to one family member. You would get down on your hands and knees and crawl through a tight tunnel that led to another “room” about the same size.

All that being said, the family saw our report. When they got to the part about Smokey’s curiosity on what happened to the seven million gallons of wastewater the light turned on and they called us.  They think there’s a good chance the lagoon water seeped into the caves below through the sinkholes that you can see on our photos above. Sounds like a great hypothesis since we know the water didn’t go up.

Just for fun Smokey is looking around for a map outlining the cave system in the area of the lagoon. We have reason to believe the the caves there were mapped out at one point. With GPS technology it would be interesting to see how the network looks compared to the surface. 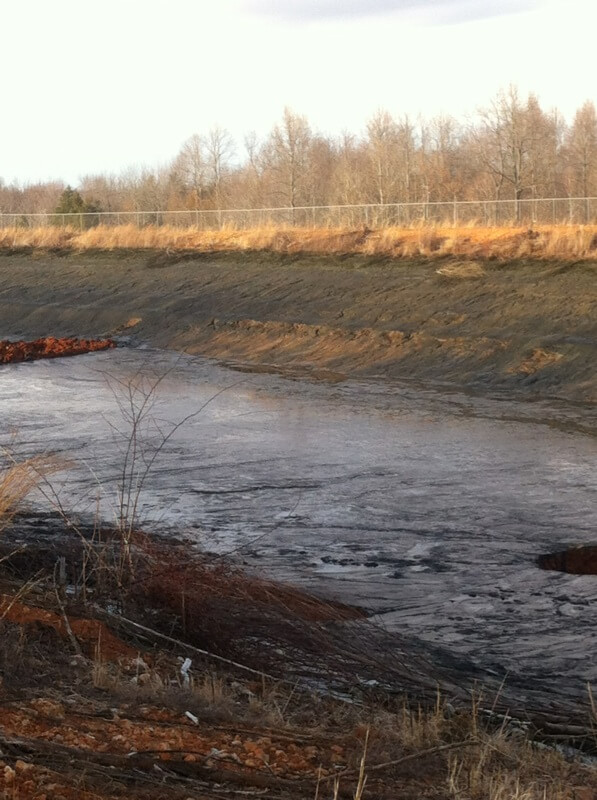 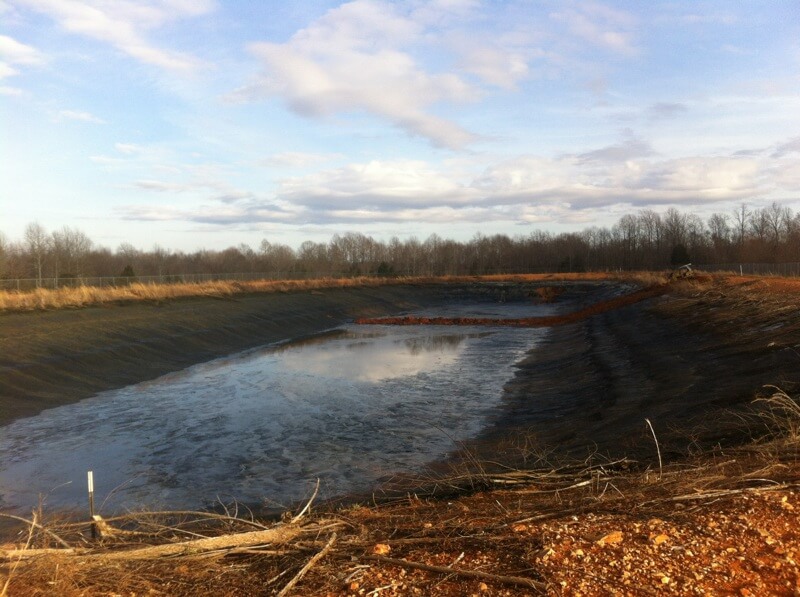 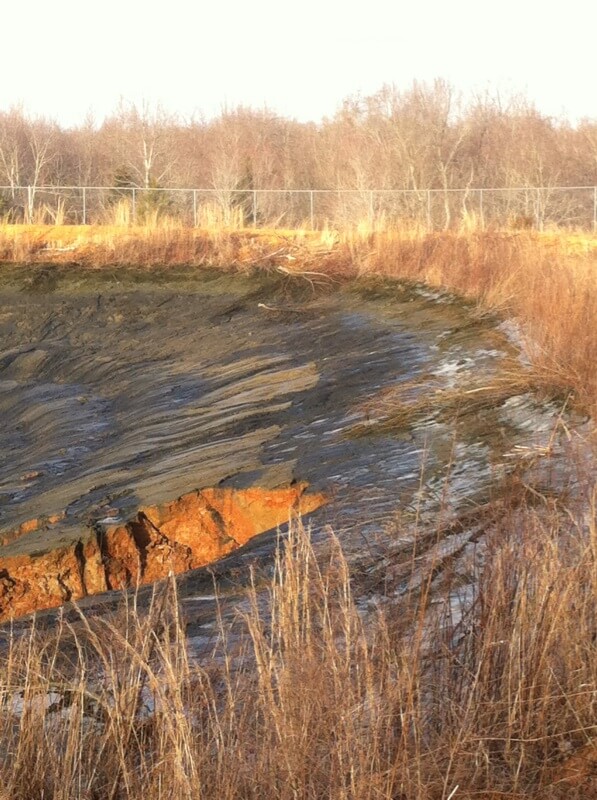