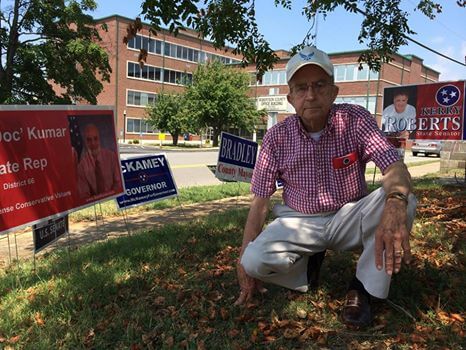 Bill died at Skyline Medical Center in Nashville after a brief illness just after 8:00 p.m., he was 81. 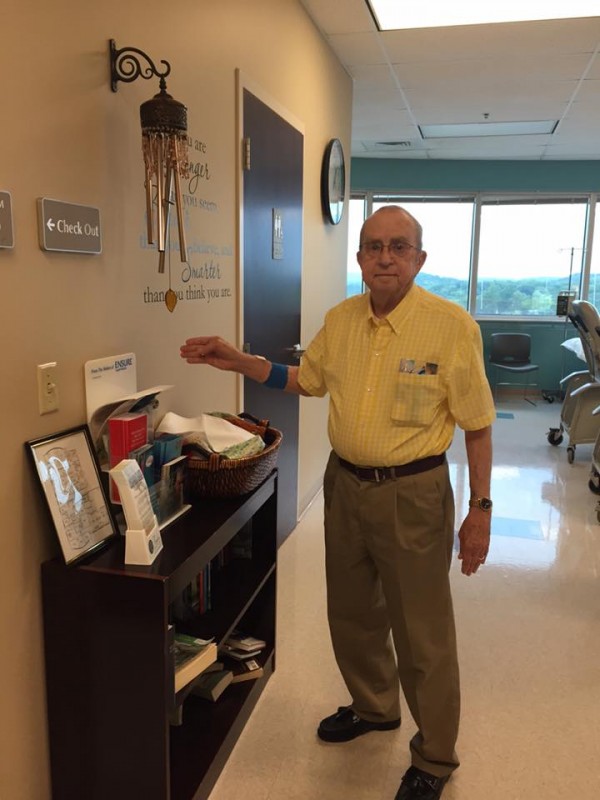 “Tonight, Robertson County lost a great man in Billy Gray. He was a leader on our County Commission and a man who truly cared about the people of our county. His son Kevin Gray was honored to serve beside his father on the County Commission for many years. Learning to lead through his father’s example is something Kevin will keep close to his heart during this time of loss.

“Billy Gray was also a voice we listened for every morning on the radio, WDBL, and whether it was politics or the swap and shop, the news was never the same when Bill’s voice went silent on the air. If you knew Billy Gray you knew a friend as he never met a stranger that he would not have welcomed into his home. His heart was full of love and pride for his family, his children, Debbie, Denise, Donna and Kevin.

“For the grandchildren and great grandchildren this gentle man was simply Pop. These children brought great joy to Bill and his wife Wanda’s lives and he will be forever missed in their hearts.

“Whatever Billy Gray was to you, a friend, a voice on the radio, your County Commissioner, a father or simply Pop it was always easy to see that when you talked, he listened and truly cared about you. Pop, we will miss you.” Patricia and Kevin Gray 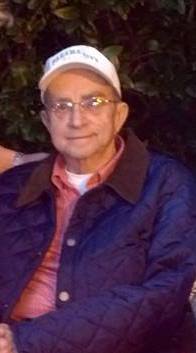 Bill Gray became the voice of Smokey’s political and elections coverage a few years ago, it seemed that Bill knew everybody and always offered interesting insight on how the political landscape would change after an election. He was always a gentleman with a love for reporting the news that few possess. As a reporter, Bill knew Robertson County better than any reporter ever has or probably ever will. Going all the way back to Springfield High School where he graduated, Bill was a part of Robertson County.

Bill’s unique style and sound made him stand out, when you heard his voice coming out of a speaker you knew you were about to hear the news. Over the years Bill retained that old school sound from an era in news that few today can even remember, he was a joy to listen to.

Bill embraced technology and was always ready to adjust to whatever last minute gadgetry we tossed at him. One afternoon there was a serious accident on 431 and Lakeview Rd,  Bill was the reporter at the scene for that story. As you watch Bill deliver the report (below) notice that he never looks down and never pauses, the entire report was delivered just from his incredible memory.

“Our community is much poorer with the passing of former commissioner Bill Gray. All of us who grew up in Springfield remember his voice on WDBL and WSGI radio. He was news director of those stations for decades.I got to know him very well serving with him in county government for many years. He always studied the issues the county faced seriously. He was always very concerned for our schools,our employees,our image in the region.

“He was a “people person.” He sought to do the right thing toward every human he encountered. He was a man dedicated to his family, his church, and his community. I will personally miss his phone calls and visits. You always knew that Bill’s heart was in the right place and he served his people for the right reasons. A large portion of the history of our town has died with him. Our prayers go out to his family. He was truly a good man. Howard Bradley, Robertson County Mayor.

The prayers of the staff at Smokey Barn News are with the family as they deal with the loss of not just Bill but their mother and Bill’s wife Wanda who passed away just a few months ago. Bill and Wanda were married for 59 years.

“We never saw a father who cared so much about his children and the strength of his love will be with them always.  We can only take comfort in the knowledge that after 59 years of marriage, Wanda and Bill are together again,” Bill’s family told Smokey Barn News Wednesday evening.

Below is Bill’s report on the 2014 election:

Thanks for being our friend and for the great reporting Bill, you will be missed.

Order Flowers for the Visitation

Order Flowers for the Funeral Service