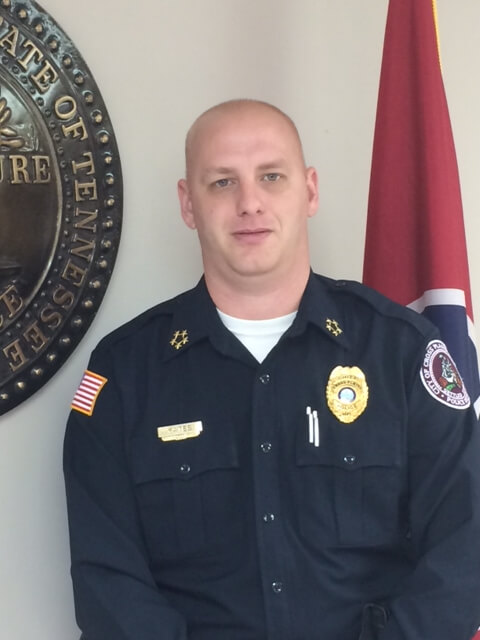 According to a press release provided to Smokey Barn News, Police Officer James Yates, who was the acting Police Chief for the City of Cross Plains, has been promoted to permanent chief, effective immediately. Chief Yates has been acting Chief since Mike Henderson retired from the position in May, 2013.

Mayor Barry Faulkner commented on this appointment: “Officer Yates has served the City as an Officer since 2009. He has successfully acted as our interim Chief for the past 6 months and has done a very nice job in this new role. We have many wonderful things happening here in Cross Plains. We believe that Chief Yates fits perfectly into our future plans.”

Yates earned his Bachelor’s Degree from Bethel University in 2012. In addition, he has successfully participated in over 80 continuing education classes and training seminars. He is a resident of Robertson County and is known to many in the community. When asked about his new appointment, Chief Yates said, “I was raised in this community and it has always been my goal to serve in this capacity. I am honored that when City Manager, Chip Hellmann completed his analysis he felt that I was capable of handling the responsibilities of this position. I look forward to continuing to serve and protect the citizens of Cross Plains and eastern Robertson County.”

Chief Yates told Smokey “It feels great, it’s something that I’ve wanted for a while. Now that I have the opportunity to have it…. I think I can make a difference, well worth the wait. I had a good mentor in the previous chief,  its a change but a change for the good.”

Be sure to congratulate Chief Yates to his new position in comments below.