Our Annual Summer dinner in the museum is Thursday, July 25 at 6:30.

Cross Plains, Tenn. — On Thursday, July 25, 2013, at 6:30 p.m. (CT), the Cross Plains Heritage Commission hosts its annual Summer Potluck Dinner at “The Doctor’s House,” Cross Plains Museum, Library & Archive. The house, located at 7821 Highway 25E, across from Terry’s Market, was once the family home of Dr. James J. Covington, a Vanderbilt graduate who returned to practice in the town of his birth. The house now serves as a focal point for the collection and preservation of genealogy records, photographs, historical memorabilia, and rare treasures from Cross Plains and the surrounding communities of Eastern Robertson County.

Those who attend the dinner are requested to bring their favorite dish to share. The dinner will begin at 6:30 p.m. (CT). Water, coffee, ice tea and condiments will be furnished. Once the Potluck is underway, Candace J. Adelson, Ph.D., and Senior Curator of Fashion & Textiles for the Tennessee State Museum will present “Civil War Flag Conservation at the Tennessee State Museum. Her presentation will talk about the different designs of Union and Confederate flags and their histories, as well as how they are being preserved at the State Museum. Among other things, it will explain how the often controversial “Dixie flag” design, developed during the Civil War out of necessity for a standardized battle flag, nearly a century later came to take on an entirely different meaning. Her presentation includes samples of materials used in flag preservation. Textiles are some of the most challenging memorabilia to save and protect for future generation to see. 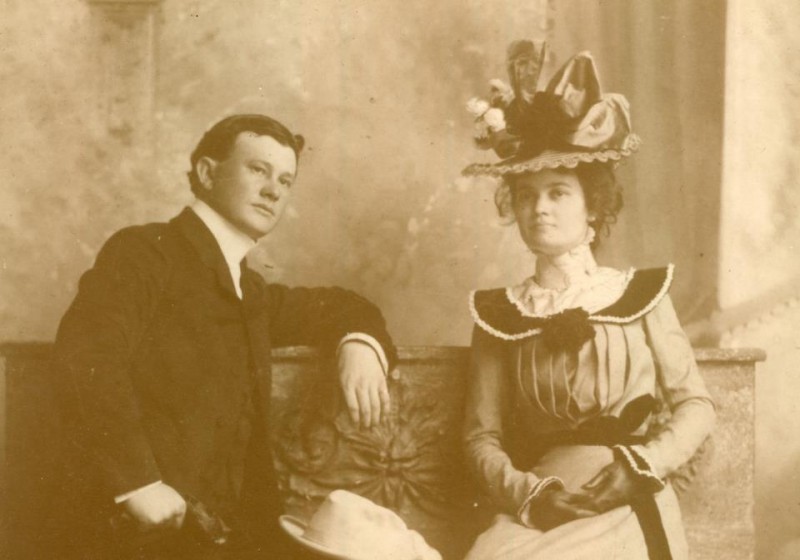 There is no admission charge to enter the museum or attend the dinner. Museum curator and Cross Plain’s official historian, Ruby Covington keeps summer hours at “The Doctor’s House on Thursdays and Fridays, 10 a.m. – 3 p.m. (CT) and works with the assistance of volunteers and commission board members. President Nancy Bellar is the current editor of the Eastern Robertson County Quarterly and exhibit curator. Vice-President Lorene Lambert is Speaker Hostess for the dinner. She recently worked with Adelson to secure the textile treasures housed at Lakeshore Mental Health Institute which was closed in June of last year, to ensure the transfer of the famous “Myrllen’s Tapestry” and to explore and document the life story of one of the hospital’s most famous patients, known worldwide as the creator of “Myrllen’s Coat.”

Adelson has over forty years of diversified museum experience in America and Europe, ranging from curatorial and design to conservation and scholarly cataloguing. She has served Tennessee since 2002 as Senior Curator of Fashion & textiles and served as project director for the traveling exhibit, “Bagels & Barbeque: The Jewish Experience in Tennessee” and for the “Egyptian Relics, Replicas, & Revivals” in 2011. Adelson also mounted the current exhibit of Sarah Polk’s costumes and textiles at the James K. Polk Home. She previously worked at the Frist Center for the Visual Arts as Exhibitions Curator and as a Mellon Fellow at the Metropolitan Museum of Art, European Sculpture and Decorative Art. She has written over 50 publications and articles and is an Exhibit Juror for the Cumberland Furniture Guild. She earned her Ph.D. with great distinction at the Institute of Fine Arts, New York University, has been given many fellowships, grants and honors too numerous to mention. Adelson is fluent in French and Italian and is very good at German. She also reads several other languages and this serves her well in investigating textile history.

Accompanying Adelson Thursday night is intern Sherye Fairbanks who just completed her Master’s in history and museum studies at the University of Memphis with an emphasis on quilt history. Fairbanks is helping Adelson catalogue the state’s quilt collection this summer, thanks to a Windgate internship grant.

Every one of any age who loves history is invited to come and hear this very informative presentation on Civil War textiles. The museum has a handicapped ramp entrance to the front porch on the driveway side of the house. Parking for the Summer Potluck Dinner will include the newly paved driveway and parking lot on the east side, a grassy lot in the back, behind the carriage house, and the field across from the museum, between Terry’s Market and the Dollar General.

If you have not been to the Cross Plains museum or visited in a while, you will also want to see the new exhibits that have been reordered and expanded thanks to the addition of many more show cases. The most popular exhibits are in the “War Room,” honoring soldiers from the community who served in the Revolutionary war, the Civil War, WWI & II, Korea, Viet Nam, and in current conflicts in Iraq and Afghanistan. Cross Plains has one of the most extensive collections of landscape and portrait photographs dating from the late 1800s and early 1900s ever seen in a small southern town. Many are on display.

New exhibits feature wedding and church fashions and customs. The interior rooms reflect its use as a family home and exhibit cases share the space with living room, dining room and kitchen layouts. The front receiving parlor serves as a gift shop and an exhibit introduction to Dr. Covington and the many doctors who served the rural community during its 234 years of history as Robertson County’s oldest settlement on Tennessee’s 1779 frontier. David Wright fine art prints of founder Thomas Kilgore, vanity license plates, cook books featuring local recipes, commemorative plates, and much more are offered for sale. The museum’s newest fundraiser is commemorative bricks for the front sidewalk to honor family names and histories.

The Cross Plains Heritage Commission hosts a variety of events, including the annual Cross Plains Trash & TreasuresTM, Community-wide Yard Sale, on the last Friday and Saturday of June. In 2014, the dates are June 27-28, and will be the 28th year. This year, on Sunday, December 8, the commission will also host the annual Holiday House Tour. This year the touring houses will include homes in Orlinda and Cross Plains. More details about this event, which funds an annual competitive writing scholarship for high school seniors, will follow in the news within the coming month.

“The Doctor’s House” was the former home of local physician, Dr. James Covington, and businessman, Burgess Thomas, who started the renowned Thomas Drugs. The drugstore is the heartbeat of the community and is now on the National Register of Historic Places. It features a turn-of-the-century working soda fountain and is owned and operated by pharmacist Dan Green and wife, Debbie.

Cross Plains was founded by Thomas Kilgore, a contemporary of early white settlers, Kasper Mansker, the Bledsoe brothers, James Robertson, and John Donelson. Kilgore’s exploration in 1778-9 led him to bring family and neighbors back to Indian territory from North Carolina, and the community has thrived ever since. In addition to Kilgore and the pioneers, the region served as the hunting ground for several tribes of Native Americans. Their conflict impacted Kilgore’s settlement several times, but in the end, Cross Plains and the communities around it became just another way station on the road into the Great West.

For more information about the Cross Plains Heritage Museum and the work of the commission, call (615) 654-2256.

Join Us on Facebook too! Cross Plains Heritage Commission