They Say It Comes In Threes

As you know some youths were taken into custody in connection with some car break-ins in White House last week. The thieves were simply opportunistic looking for unlocked cars.

Now White House has another problem, more automobile break-ins but this time the thieves are more brazen. Now they are smashing windows. It seems they are targeting vehicles that have visible items like purses. The thieves have recently made off with 5 purses. Most were left in plain site according to White House Police Chief Pat Brady. 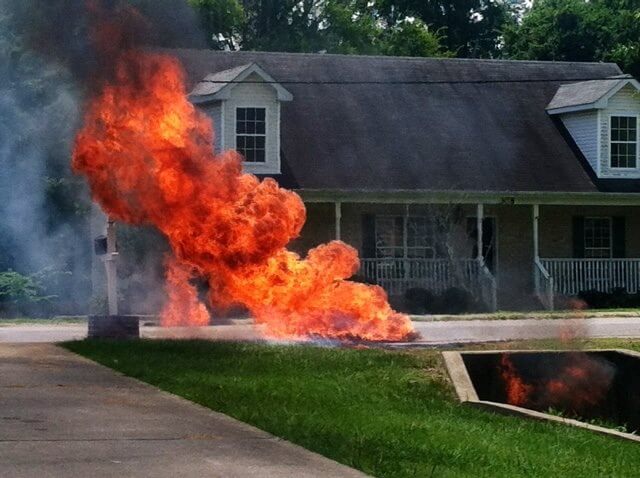 The Chief is strongly suggesting that you do not leave purses or wallets or anything of value in plain site in your vehicle at least until they make some arrests. It’s never a good idea to leave items in your car but sometimes we all do. Chief Brady says that three of the cars burglarized were at the soccer complex and two were at the city park.

As for the fire in this photo (and number three in our story) a couple of youths were taken into custody for allegedly lighting a culvert (drainage ditch) on fire causing $10,000 in damage on Christian Dr. According to Chief Brady, it happened around 2:00pm Friday afternoon, and best guess is that they were playing with fireworks and according to Chief Brady, the suspects poured gas on the culvert and began shooting fireworks at it until it ignited, at least that’s the way it looks.. ” they’re lucky they weren’t killed” Chief Brady said.

Smokey will track the progress of arrests with the car burglaries, but in the mean time, keep your valuables out of site.