Did You Get A Letter? – CEMC Delays $250 Deposit Program

MIDDLE TENNESSEE: (Smokey Barn News) – Cumberland Electric Membership Corporation (CEMC) recently mailed out over 4000 letters to its customers indicating that in order to maintain their electric service they will need to pay a $250.00 deposit. 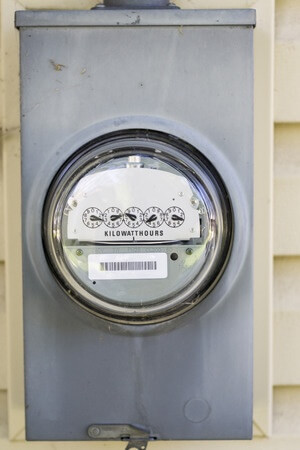 The change was put into affect after a revision of CEMC’s credit policy. Smokey Barn News received many emails and phone calls from readers regarding the letter they received asking what they can do about it, prompting this report.

What Smokey Barn News learned this morning is that the program has been suspended and if you received a letter you do not need to pay the deposit, at least for now, according to CEMC Member Services Communications Coordinator Julie Wallace.

According to Wallace, the program has been delayed until January 2016 and re-tooled. CEMC received many calls and as a result they have added a recording to their customer service line that states, “If you are calling in response to a letter that you recently received regarding a deposit assessment, please disregard. You will soon receive a letter with additional information about the program that has been revised and delayed until January 2016.” An announcement was also added to the CEMC website.

Smokey Barn News spoke with Julie Wallace in length this morning, Julie said the intent of the program is to “reduce the risk of unpaid electric bills which ultimately ends up raising members rates,” Wallace said. “Last year we wrote off about half a million dollars in unpaid electric bills, so we are trying to mitigate that risk, that’s what the deposit installment program was all about. We didn’t communicate that to our customers well enough.”

In an effort to be more fair, CEMC is holding back the deposit requirement until January 2016. “We want to give our customers ample time to look at their credit history,” Wallace said.

With the current deposit program, any customer that paid a couple days late could have been vulnerable to the $250 deposit program, Wallace said that has been changed. “If you make a payment a couple days past due you are not going to have to pay that deposit installment. If you get a cut-off notice, a returned check, if you are put on the disconnect list, or if you are disconnected for non-payment, those types of things are what’s going to initiate the deposit,” Wallace said.

In short, if you have payed late a few times you’re OK but if your late payments have ever resulted in some sort of disconnect action you may have to pay the deposit. 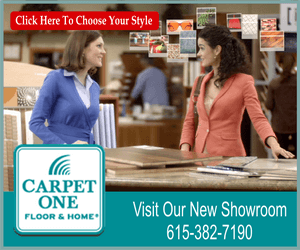 “If your bill is due on the 5th of the month, and if you pay it by the 10th, you think ‘no big deal’ but members don’t realize that’s showing up as a late payment,  so that’s kind of where it came from,” Julie said.

Julie said, “If you received a letter you will be getting another letter explaining it all a whole lot better.”

What if you already paid the $250 deposit? Julie said you can call the office at (800) 987-2362 and request a refund check or the money can be applied to your account. 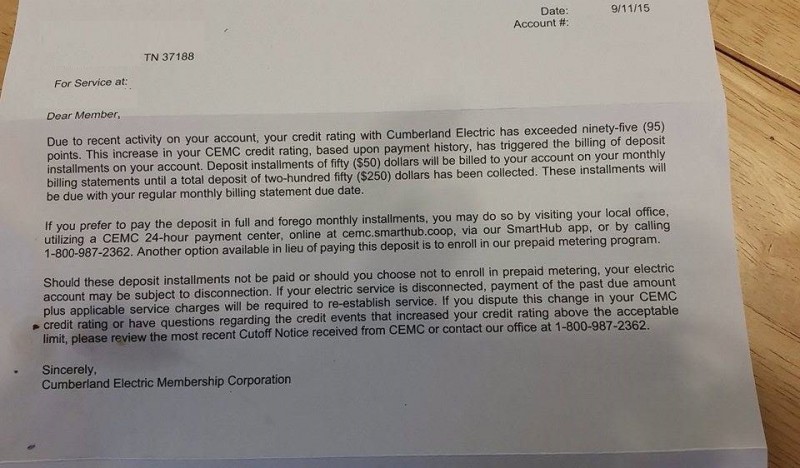