Driver Flees After Crash In Springfield

SPRINGFIELD TENNESSEE: (Smokey Barn News) – A pickup truck crashed into a large tree nearly ripping off the driver side fender and wheel. The crippled vehicle continued another 100 feet before sliding to a stop just feet from a home. 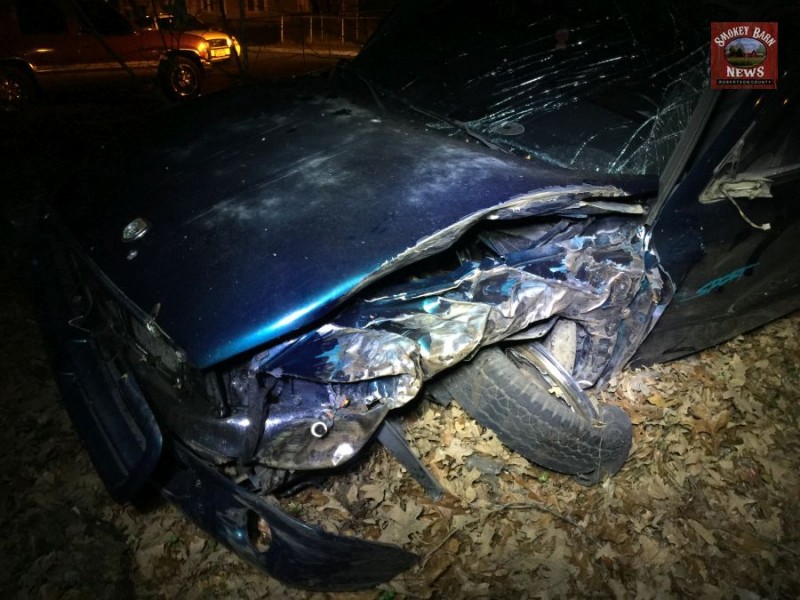 The accident occurred just after 8:00 p.m. Saturday evening on Woodland St between 20th and 21st Ave in Springfield. (Location of wreck)

As the vehicle slid down Woodland St it somehow missed vehicles, homes and pedestrians. With the warm weather there were more people outside.

A witness that saw the wreck and ran to assist the driver told Smokey Barn News that there was smoke inside the vehicle and the driver was trapped inside. The good Samaritan then used a Maglite to break the window to free the driver, cutting himself along the forearm in the process.

The accident investigator said that due to the nature of the accident the driver was likely injured but a witness said that there were no visible signs of injury as the driver climbed out of the vehicle and fled.

According to the accident investigator, both front airbags deployed and evidence suggested that the driver was wearing his safety belt.

Springfield Police said that witnesses described the driver as an Hispanic male, 30 to 40 years of age, about 5’5, heavyset, wearing a gray sweatshirt.