SPRINGFIELD TENNESSEE: (Smokey Barn News) – A crumpled burned out shell is all that was left of a vehicle following a fiery rollover crash Saturday night in Springfield.

The call came into 911 at 11:44 pm that a vehicle crashed and had ignited. According to the Springfield Fire Department, the driver (said to be a male in his 30’s) was ejected but was somehow alert and talking after the crash.

The accident occurred on Hwy 41 near Worsham Springs Rd in front of Assured Storage. MAP It was apparent at the scene that the driver, with Greenbrier behind him, was heading towards Springfield when the vehicle left the road, struck a fire hydrant, and began to roll.

As the vehicle flipped, everything in it, including an empty child safety seat, went flying out of the vehicle’s windows. Fortunately, the driver was alone in the vehicle and no other injuries were reported.

As far as the cause of the crash, Springfield Police are leading the investigation and have yet to release their findings. 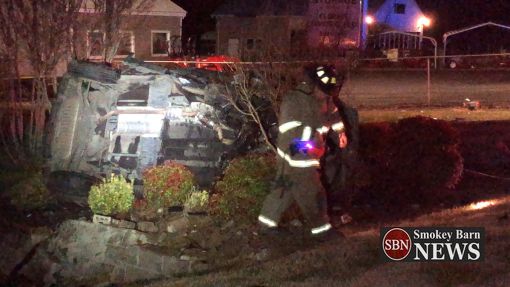 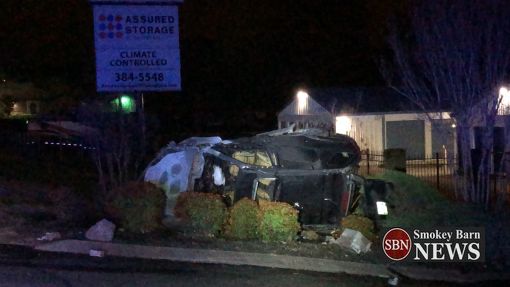 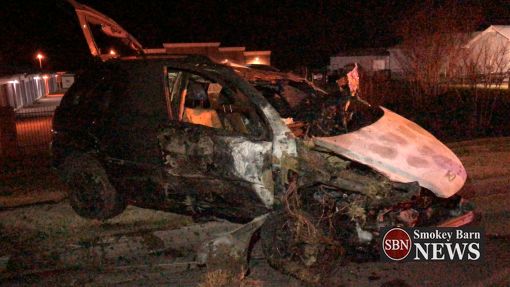