SPRINGFIELD TENNESSEE: (Smokey Barn News) – On Sunday around 4:40 am, Springfield Officers responded to an alarm call at the Korner Market located at 1001 5th Ave West. MAP

While checking the building, officers discovered the back door to the business had been busted in and someone had stolen the cash register from inside the store.

During the investigation, Detectives recovered evidence from the scene and were able to develop 33-year-old Allen Wayne Edwards of Springfield as a suspect. Detectives took Mr. Edwards into custody a short time later.

During the interview, Mr. Edwards admitted to being involved in the break-in. Mr. Edwards was charged with Burglary and was being held on a $10,000.00 bond. Edwards has since posted bond and has been released. 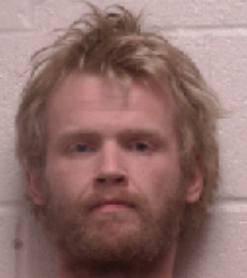