They opened the tournament with a doubleheader playing against Adams first, winning the game 9-4. Then played Springfield beating them 12-4. This secured them a seat at state! The boys had to play Springfield a second time on Sunday, winning that game 16-8, making them #1 in the district!

They will play in Sweetwater Tennessee on July the 11th opening the state tournaments at 1pm against Lookout Mtn.

This will be the first time the East Robertson Dixie Youth 9-10 boys head to state! 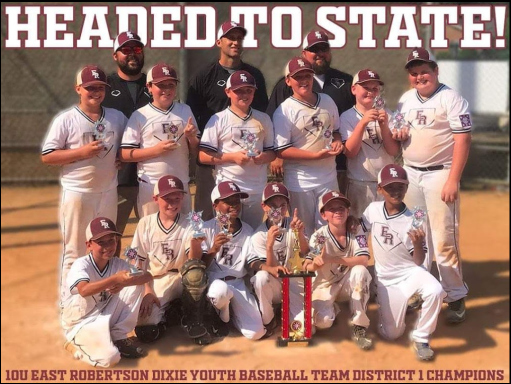 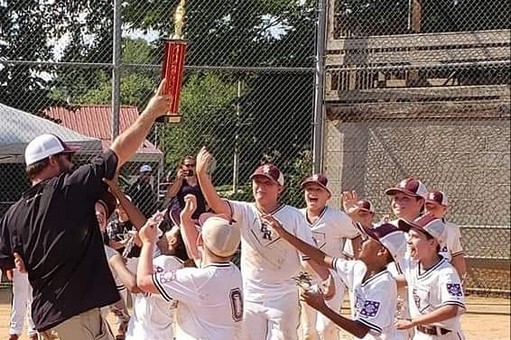