We have heard much about owning your own drones ………. 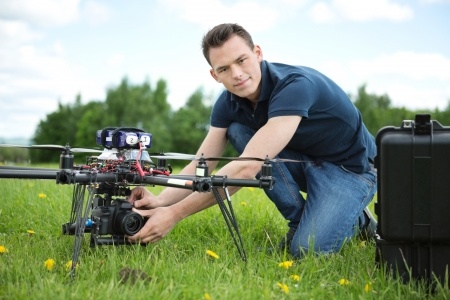 This is an editorial submitted to Smokey Barn News by Springfield resident Bill Jones. If you would like to submit an article for consideration; email it to [email protected]

So You’re Thinking About Getting A Drone

We have heard much about owning your own drones lately and they are now affordable for the average person. Let me tell you my experience and it may help you in deciding if you want to invest in one. Instead of the word, “drone”, let’s use the word “quadcopter.” Then we don’t get mixed up with the drones that the military use around the world. They are called quadcopters because they have four motors usually, some have six motors, and they also have built-in GPS devices to keep it from flying away from you.

One of the first quadcopters that came out was made by Parrot AR. (AR stands for Augmented Reality) That was in 2010 at the international CES (Consumer Electronics Show) in Las Vegas. What attracted so many people was the small camera that was attached to the quadcopter. Now there are many choices which include small cameras that come with the quadcopter as well as GoPro or Hero cameras that can be attached 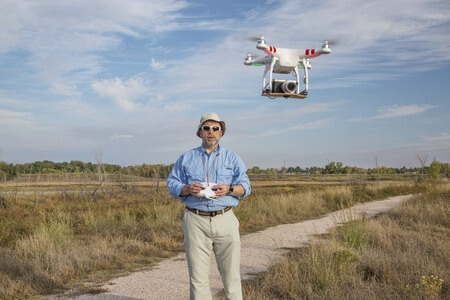 to the unit. You can buy a mini quad that is not as big as your hand that you can fly in the house without a camera. I recommend you buy one of these first so you can learn how they fly. They run between $50.00 to $90.00 at your local hobby shops. If you break it you haven’t lost much.

The larger quadcopters (which are easier to fly than the small ones) can go from $250 up to $3,000 or more. Of course, there are all kinds of accessories available for your unit such as carrying case, video units and extra propellers (believe me you will need extra props). You will need to be at a location that is wide open and not in a subdivision when you first fly. You will need to practice to understand the orientation of the plane so that you can tell if it’s going away from you or heading toward you. Remember, your controls reverse when the quad is coming back toward you. When landing you will experience what is called “ground effect.” So be more careful when

you are landing and coming closer to the ground. Some of the large units available are DJI Phantom, Blade 350, Dualsky Hornet 460.

These are all good for starting flying with cameras on board. Be sure you can get parts for your unit before buying one. There are different grades of camera mounts also. Some are fixed and some are movable. The most popular camera right now is the GoPro. But there are cheaper units. You can watch your quad fly from the ground different ways. If you don’t get very far away you can watch it visually. You can also use your cell phone with the proper app and a rectangular cover that goes over the cell phone so as to block sun light out. You can watch it using your tablet or iPad. Or you can buy a special monitor along with your cell phone video. There are also goggles you can buy that allow you to see your camera view as if you were in the quad. Having the ability to take your camera aloft and taking videos from a bird’s eye view is one of the biggest selling points of these units.

Forget about sound. If you have sound on, all you will hear is the roar of the motors running. Some cameras that come with the quad will be low resolution but with each 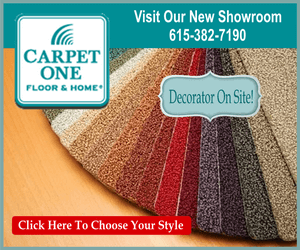 new model coming out they seem to be getting better and better. Some of the better known quads I mention before can carry the GoPro, the JVC Adixxion or one of the Sony cams. There are professional models available that carry larger and more sophisticated cameras. The more money you spend on a quad and on the camera, the better your final image will be. Now take note, you have to put first things first. Learn to fly without a camera. If you buy a quad and a camera and take off without practice you’re just going to break some expensive equipment. Remember, these units run on re-chargeable batteries. The battery will last between 6 to 9 minutes usually depending on the weight of the camera or battery itself.

As I stated earlier, learn on a small cheap quad first. Then move on to the larger size ones. After mastering that, then use a camera. One thing to know is that when you get to the video stage you will need to learn to fly smoothly so your video is stable. There are upgrade camera mounts that allow the camera to stay fixed in one position while the quad is moving around. Always fly line-of-sight at first. This is subject to first-person-view (FPV) by attaching a camera that sends a signal back to a screen or 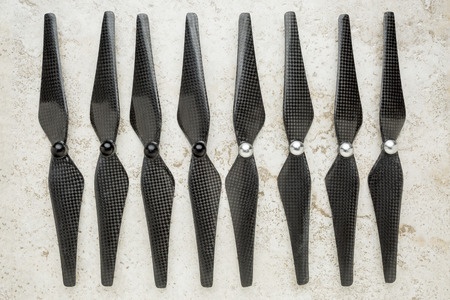 goggles. This allows you to fly as if you were in the quad. That’s why it is called first-person-view. Once you start doing this, relying on the camera transmission signal for guidance, you move out of the hobby’s regulations and into a different realm of rules and guidelines. Line of sight is much safer.

You can get into big trouble by flying FPV. Remember I said the flying time will only be about 7 to 8 minutes. Larger professional quads that weigh more will go up to about 15 minutes. But in the hobby units I am talking about now you really have to watch your time. I use a stop watch I mount on my transmitter (that’s the unit you hold in your hand with an antenna on it and stick controls). You don’t want to fly so far away that you can’t get your quad back before the battery runs down. You also put less stress on your battery pack by landing before all the charge has gone out of the battery. Some people install small transmitters in the quad itself to transmit back information letting the operator know how much time is on the battery. Some quadcopters have a fail safe mode that will take over if the operator transmitter fails. The quad then flies back to the starting point and lands itself.

Some people are photographers and buy the units for that purpose. Some just want to fly. You may be able to do stunts with your quad but it doesn’t make for good quality video. To be a good video shooter you will have to learn to make slow turns and keep 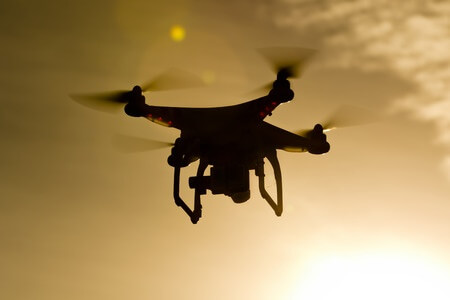 the quad level with no gain or loss of altitude. You can also take still shots with a camera instead of movies. So here is what most likely you will do if you have a goal in mind to shoot. You take off and fly as fast as you can to the location. You stabilize your aircraft and rotate your quad into position. You wait for the action to pass by and then you go to your next hovering point. Then you come back as quick as you can so as to not to run out of battery power.

You will find out very quick that there are “hard” mounts and “soft” mounts for quad cameras. You will most likely want a soft mount so the camera doesn’t jitter much. All quads vibrate to some degree. This shows up on camera. Soft mounts have small rubber grommets between the camera mount and quad. Set up your transmitter, if available, to “low rates.” This helps you to be smoother on your actions. Your quad will have a GPS mode. This keeps the quad in a stationary position when you bring it to a certain position. There will be slight movements due to the GPS corrections. Learn to fly the quad without the GPS turned on. If you want to use a slow motion sequence, set the video camera to shoot 90 frames per second (FPS). You will not be able to do this with the cheaper cameras that come with some units. You will have to start your camera before takeoff and turn it off manual on landing. The camera carries its  own battery.

If you have the ability, shoot with a wide-angle lens because you will most likely have to use some kind of stabilization program in the post process. You can use a hard mount if you are shooting still photos. Hard mounts are less likely to fall off if a hard
landing takes place. On your camera, set it at 1/250 or higher. Don’t use auto focus and set the camera’s manual focus anywhere above 30 feet. Shoot in the highest format with good resolution. You will most likely have to do with post processing. There is available a camera mount that allows for the X and Y independent axis movements. Don’t mount your camera so that it picks up your front two rotors unless you want that in your video. Quad flying with a camera is really cool! But keep in mind you don’t want to fly over 400 ft. high, near buildings or public areas like over ball fields and other public activity areas. You WILL get into trouble. There are some that are doing foolish things and getting the rest of us in trouble. Don’t fly further than you can see. If you do, you will get disorientated I promise. By Bill Jones

Below is a video shot by local quadcopter videographer,  Sam Grant. Sam is the owner of Grant Aerial and he’s for hire. Here’s his Facebook page.