What’s on The Ballot for November 4th, 2014? Make An Informed Choice 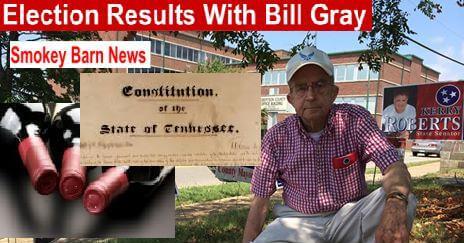 The video report below is Bill Gray’s overview of the results. Below that are all the official numbers.

Four amendments to the Tennessee Constitution

Proposed Constitutional Amendment No. 1 (Yes or No)

Shall Article I, of the Constitution of Tennessee be amended by adding the following language as a new, appropriately designated section:

Nothing in this Constitution secures or protects a right to abortion or requires the funding of an abortion. The people retain the right through their elected state representatives and state senators to enact, amend, or repeal statutes regarding abortion, including, but not limited to, circumstances of pregnancy resulting from rape or incest or when necessary to save the life of the mother.

Proposed Constitutional Amendment No. 2 (Yes or No) 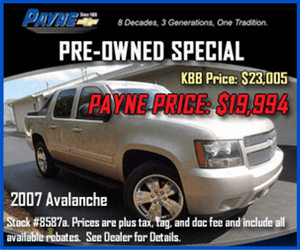 Shall Article VI, Section 3 of the Constitution of Tennessee be amended by deleting the first and second sentences and by substituting instead the following:

Judges of the Supreme Court or any intermediate appellate court shall be appointed for a full term or to fill a vacancy by and at the discretion of the governor; shall be confirmed by the Legislature; and thereafter, shall be elected in a retention election by the qualified voters of the state. Confirmation by default occurs if the Legislature fails to reject an appointee within sixty calendar days of either the date of appointment, if made during the annual legislative session, or the convening date of the next annual legislative session, if made out of session. The Legislature is authorized to prescribe such provisions as may be necessary to carry out Sections two and three of this article.

Proposed Constitutional Amendment No. 3 (yes or No)

Shall Article II, Section 28 of the Constitution of Tennessee be amended by adding the following sentence at the end of the final substantive paragraph within the section:

Notwithstanding the authority to tax privileges or any other authority set forth in this Constitution, the Legislature shall not levy, authorize or otherwise permit any state or local tax upon payroll or earned personal income or any state or local tax measured by payroll or earned personal income; however, nothing contained herein shall be construed as prohibiting any tax in effect on January 1, 2011, or adjustment of the rate of such tax.

Proposed Constitutional Amendment No. 4 (Yes or No)

Shall Article XI, Section 5 of the Constitution of Tennessee be amended by deleting the following language: 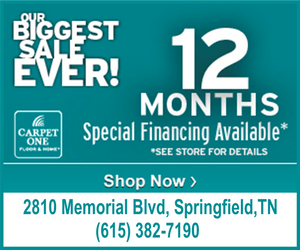 All other forms of lottery not authorized herein are expressly prohibited unless authorized by a two-thirds vote of all members elected to each house of the general assembly for an annual event operated for the benefit of a 501(c)(3) organization located in this state, as defined by the 2000 United States Tax Code or as may be amended from time to time.

and by substituting instead the following language:

All other forms of lottery not authorized herein are expressly prohibited unless authorized by a two-thirds vote of all members elected to each house of the general assembly for an annual event operated for the benefit of a 501(c)(3) or a 501(c)(19) organization, as defined by the 2000 United States Tax Code, located in this state.

Below is a statement from Congressman Diane Black on her reelection tonight.

“I am honored and humbled to be reelected to serve Tennessee’s 6th Congressional District in Congress,” said Congressman Black. “I have fought hard to bring Tennessee values to Washington, and while we have made great strides to stop the Democrat agenda of bloated government and out of control spending, there is much more work to be done. As a Member of both the House Ways and Means and Budget Committees, I look forward to working to advance important measures to help our economy grow, help Tennessee families keep more of their hard earned money, and help protect the American Dream for our children and grandchildren. My husband Dave and I are grateful for the continued support from our friends and neighbors across the 6th district and I will continue to bring their reasoned voices with me to the halls of Congress.”

After a lengthy and challenging campaign, I am grateful to the voters of Cheatham, Dickson, Hickman, Humphreys, and Robertson counties for giving me the privilege of representing the citizens of these five counties in the Tennessee Senate for the next four years.

Tonight’s results were overwhelming and are a testimony to the hard work of our team, under the direction of Campaign Manager John Shorter, Campaign Chairperson Laurie Riley, and Media Director Debbie Keenan.

In addition to thanking the voters and our staff, I wish to thank my amazing wife, Dianne, and our three children for the sacrifices they have made and the countless hours they have graciously given. Most of all, I praise God for blessing us with this opportunity to serve. Our motto has been and will continue to be to act justly, to love mercy, and to walk humbly with God (Micah 6:8).

Kerry Roberts is a Certified Public Accountant (inactive) and small business owner. Married since 1987, Kerry and Dianne, along with their three children, live on a small farm where Kerry enjoys working with antique tractors. His children are enrolled in Robertson County public schools.

Roberts was first elected to serve Robertson and Sumner counties in March 2011. In 2012, Senate districts were changed as a result of population growth and the new Senate district includes Cheatham, Dickson, Hickman, Humphreys, and Robertson counties.

In addition to serving in the Tennessee Senate, Kerry previously worked as a Certified Public Accountant, taught accounting and business classes at Lipscomb University, and served as President and Chairman of a national trade association representing the 5,000 independent businesses in a global industry. He is a 1983 graduate of Lipscomb University.

Kerry is a strong conservative. For more on Kerry’s values, his stand on the issues, and legislation sponsored in the Senate, visit www.kerryroberts.com or call 615-651-6903.

White House (On the Robertson County side)