SPRINGFIELD TENNESSEE: (Smokey Barn News) – A Greenbrier area home is a total loss after a fire broke out just after midnight Monday.

The resident of the home told firefighters that she woke up and saw the time was 12:33 am. She sleeps with the tv on and it had turned off so she went to the window and saw a glow, realizing her home was on fire she called 911. The home’s smoke detectors didn’t go off until she called 911, according to the resident.

There were two people inside the home when the fire started, a mother and her son, both made it out of the home without injury however several pets were not accounted for. According to Assistant Chief Nicholson with the Pleasant View Volunteer Fire Department, there were two dogs and a cat inside the home. As of yet, the dogs were unaccounted for but the family’s cat was seen running into the woods.

The home was a large log type structure. When firefighters arrived at the home, which is tucked back in a wooded area, it was already fully engulfed.

According to Robertson County Emergency Management Agency Director Chance Homes, the family had other accommodations for the night. 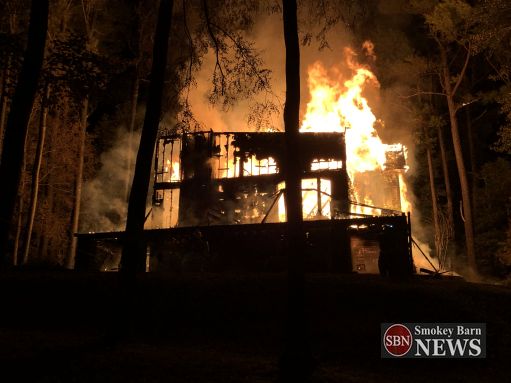 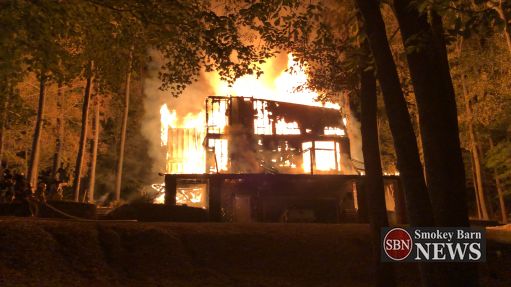