Fire Destroys Portland Home, No Injuries Thanks To Neighbor 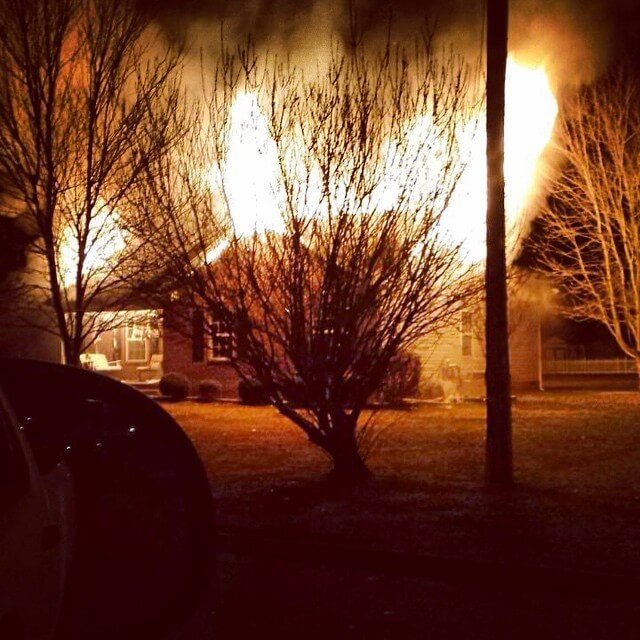 The home is located off College St on the west side of Portland on Cody Cir. Crews were on scene for about two hours and were able to salvage a few important items for the family.

The family was alerted of the fire by an alert neighbor. According to David Wilber with the Portland Fire Department, ” The smoke detectors did not go off because the fire started above the ceiling. There was no smoke in the home to set them off. The family is very lucky that their neighbors happened to spot the fire.”

After realizing that the home was on fire, the neighbors banged on the door to alert the family and get them out, Wilber said.

The cause of the fire is under investigation but the family told investigators that they
had been using a gas fireplace all day because the HVAC system was not working.
They were told that it would be next week before the system could be repaired so the family was using the gas fireplace to take the chill out of the house and keep the pipes from freezing.

Wilber said that the family indicated that the fireplace was turned off around 10:00pm Saturday night and by 10:30pm the home was fully engulfed.

Wilber said that they were able to save about 40% of the family’s personal property but the home will be a total loss. Photos courtesy of the Portland Fire Department.