Just minutes into the new year 36 year old Michelle D. Johnson of  Mt. Juliet, TN  lost control of her 2010 GMC Yukon and  careened off the roadway, plowed over a Comcast utility pole before hitting a tree. The accident occurred around 12:15AM  Tuesday New Years morning at 7138 Hall Rd in Greenbrier.  According to a witness,  shortly after the wreck one of the Passengers (Johnson’s  6-year old boy) went to a near by house and asked for help.

By the time police and rescue workers arrived Johnson and the boy were nowhere to be found. Unfortunately rescue workers have to assume that the occupants are injured and wondering around dazed or in shock and in need of medical attention. Remember it was cold, very foggy and it was raining. 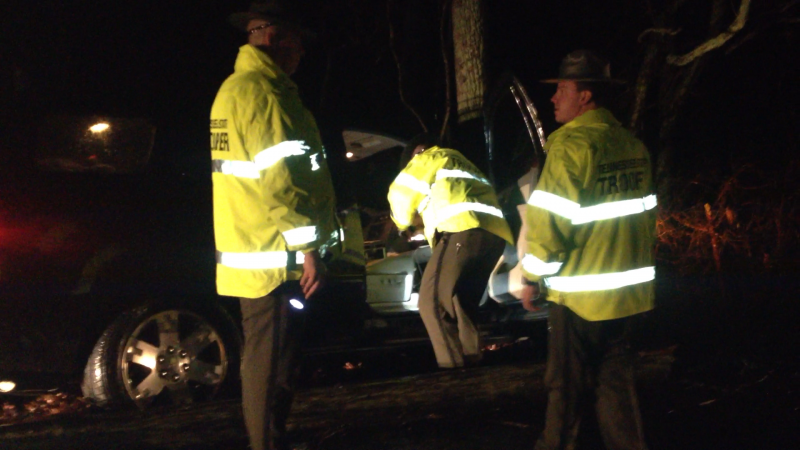 Without a flashlight you couldn’t see ten feet in front of you and everything was wet and muddy. They searched the woods adjacent to the wreck for about an hour to no avail. The State Troopers were also searching the roads around the accident. As usual the Trooper’s were tight lipped but one Trooper did tell Smokey “There could be some serious charges here”. We waited for a good hour to see if they found anyone but it looks like whoever was in the vehicle had left the area. The suspect Michelle D. Johnson will be facing several charges including child neglect, reckless endangerment with a deadly weapon (vehicle), leaving the scene of an accident, failure to report,  and an expired registration according to the preliminary THP report.  The 6-year old boy was not Injured in the wreck.

(Johnson was booked at Robertson County Jail on 1/2/12)

Comcast was on the scene quickly so if there was any loss of cable or Internet it would have been  short lived.
Stand by for updates..  (MORE PHOTOS BELOW) 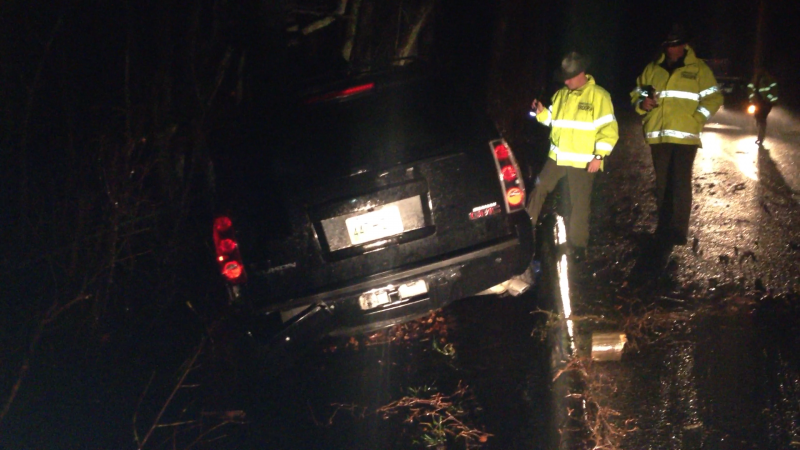 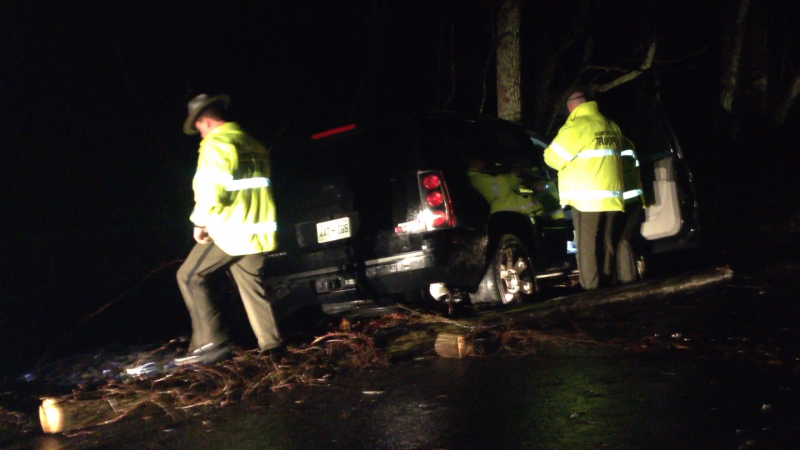 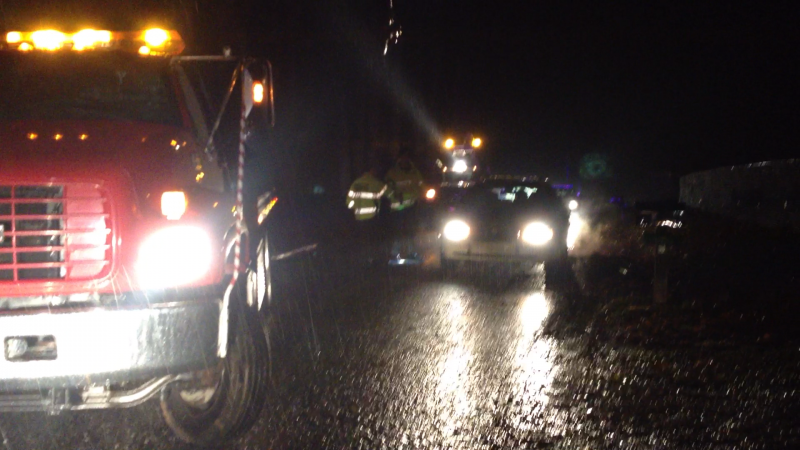