ROBERTSON COUNTY TENNESSEE: (Smokey Barn News) – A flash flood watch is in effect through late tonight until 1am Monday.

The National Weather Service in Nashville has expanded the flash flood watch to include a portion of middle Tennessee, including the following areas, Robertson County,… Cheatham, Dickson, Hickman, Houston, Humphreys, Macon, Montgomery, Perry, Stewart, and Sumner. Through late tonight several rounds of heavy rainfall are expected today through tonight across most of middle Tennessee. A total of 2 to 3 inches of rain can be expected in this watch area. This heavy rainfall could fall within a short period of time causing flooding of streets and low lying areas.

A flash flood watch means that conditions may develop that lead to flash flooding. Flash flooding is a very dangerous situation. You should monitor later forecasts and be prepared to take action should flash flood warnings be issued.

Wind Advisory for Robertson County, Tennessee until 7am Monday

Wind advisory remains in effect until 7 am CDT Monday. Southerly to southwesterly winds 15 to 25 mph with gusts to around 40-45 mph expected for all of middle Tennessee. Timing: 10 am CDT to 7 am CDT Monday. Impacts: Gusty winds could blow around unsecured objects.

Tree limbs could be blown down and a few power outages may result.

Use extra caution when driving, especially if operating a high profile vehicle. 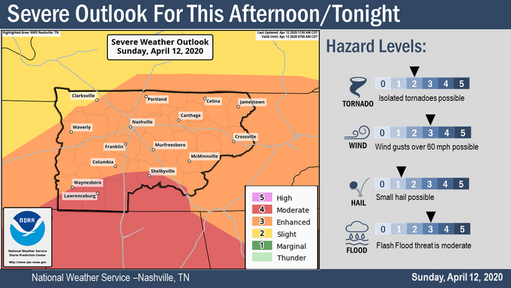 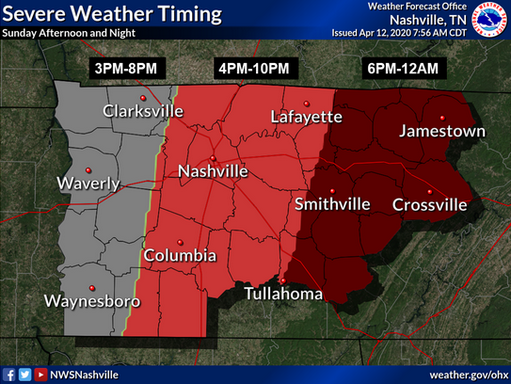