“Off the road and out of sight she waved a branch and by some miracle someone saw it.” 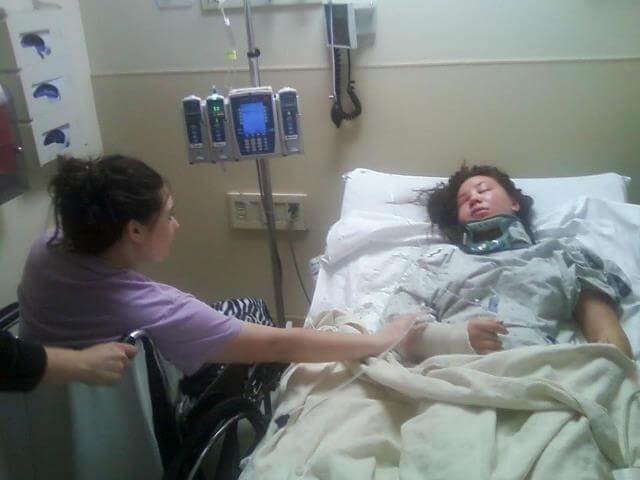 Two Seniors at South Haven Christian School, Ayslyn Norton of Greenbrier and Paige Maddox of Clarksville were on the way home Friday night from their Jr/Sr Banquet (prom).  After the Banquet the two girls had gone to Opryland Hotel for a scavenger hunt and to play laser tag. They were on their way home around 4:15 AM and were on Hwy 76 near Pinson School Road.  They were heading to Gum Station Rd so they were almost home. Ayslyn was driving the truck, she was a little tired from the big night and dozed off at the wheel. Paige reached out to Ayslyn and yelled “Ayslyn!!”.   Ayslyn woke up to see the vehicle was  drifting off the roadway to the right, a second later they struck a mailbox. Ayslyn jerked the steering wheel and over-corrected sending the vehicle careening across HWY76, off the roadway and down into some trees near  6271 Hwy 76. Greenbrier Fire Chief Billy Wilson believes the truck flipped explaining the damage to the top of the truck.

On impact Ayslyn hit the windshield and landed with her head pinned on Paige’s lap.  The girls were trapped in the vehicle (the red truck pictured).  Ayslyn’s head was pinned between the truck and Paige’s leg.  Chief Wilson said “Ayslyn was very lucky, another two inches and it would have cut off her windpipe.”   Paige (the passenger) only had  one free hand.  She called 911 but being from Clarksville couldn’t provide their exact location.   She reached for one of the tree branches 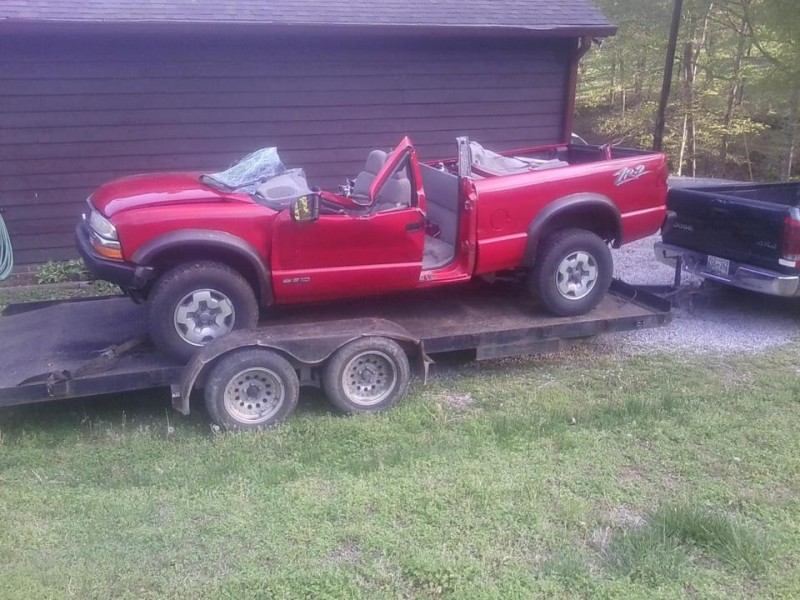 that had landed on the truck and began to wave it out the window. By some miracle two young men with eyes like an eagle passed by and saw the strange branch waving around and stopped. They were able to take over the 911 call and give and exact location of the girls. Once help arrived, it took an hour to cut the girls from the vehicle. “It was a delicate operation cutting the girls out of the vehicle as not to injure them further” said Fire Chief Wilson. Wilson went on to say that it was one of the worst wrecks he’s seen in a few years. Responding to the scene were Greenbrier Fire, Robertson County EMS and Robertson County EMA. 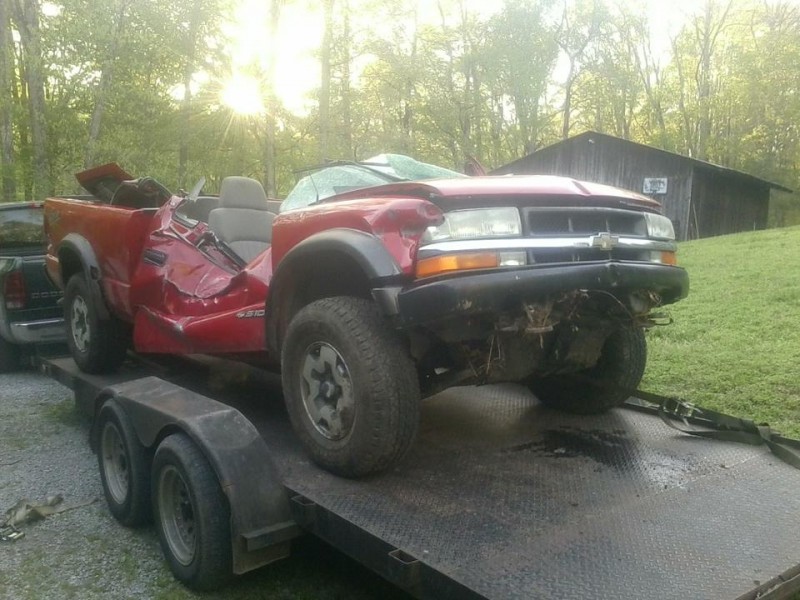 Doctors placed a rod in Paige’s leg. She was able to stand today and is doing very well and is expected to come home in a few days. Ayslyn initially had some amnesia and a lot of confusion. Much to everyone’s delight, Sunday when Paige was well enough to pay a visit to Ayslyn in her wheel chair (pictured above) Ayslyn was able to carry on a conversation.

Ayslyn is in a great deal of pain and has no memory of the accident.  She dislocated both shoulders, as well as an elbow and has a knee injury.  Ayslyn also has some slight bleeding on the brain that they think will be corrected with medication.

All in all, a traumatic end to a happy night of celebration. The family would appreciate your prayers for complete healing of the two girls.