Crews in Guthrie Kentucky are battling a large structure fire at RJ Corman. We were told that the building is used for train maintenance and painting and that there is a large supply of hazardous chemicals and painting products.

You can see that tracks go right up into the building. Map location 1st street Guthrie, KY.  Exact Location of fire: Google Street View-> (FRONT VIEW) (SIDE VIEW)  Fire crews tell us that there may be three locomotives inside the building carrying diesel fuel.

The residents of the community directly adjacent to the building were evacuated because of several large explosions early on in the fire, according to officials at the scene.

There were painters inside the building at the time of the fire,  they heard some kind of loud pop or explosion and quickly got out of the building, according to several witnesses at the scene, no injuries were reported. The main CSX rail lines that pass directly by the structure were shut down while crews battled the blaze.

Multiple agencies responded to assist, including the Adams Fire Department out of Robertson County.

Smokey Barn News was first on the scene and will bring you exclusive footage in a full video report. 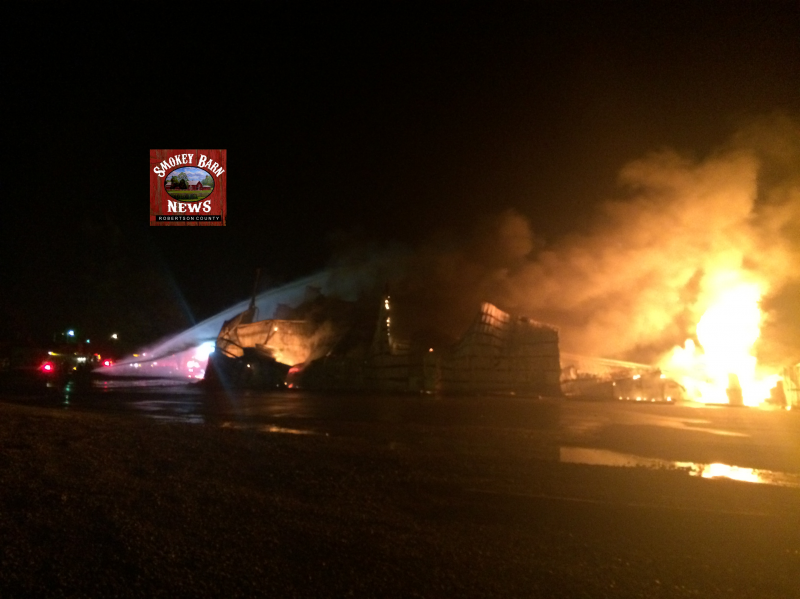 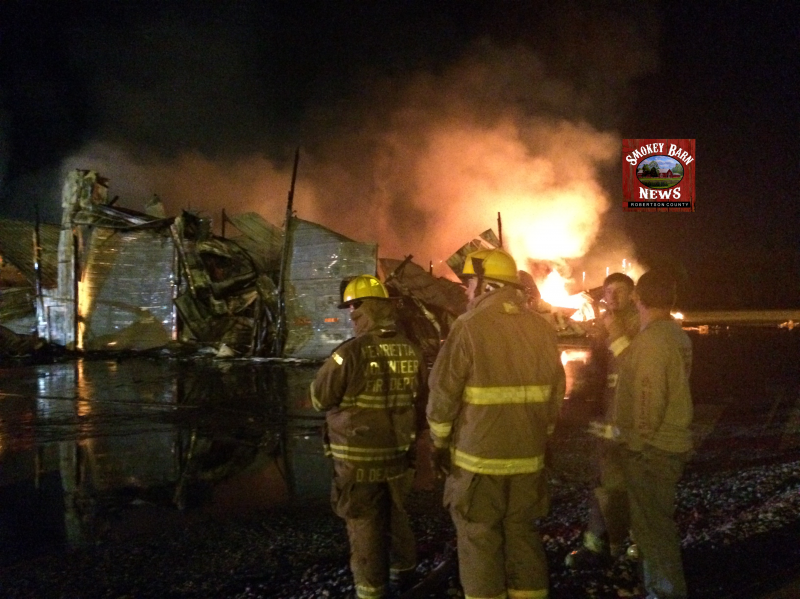 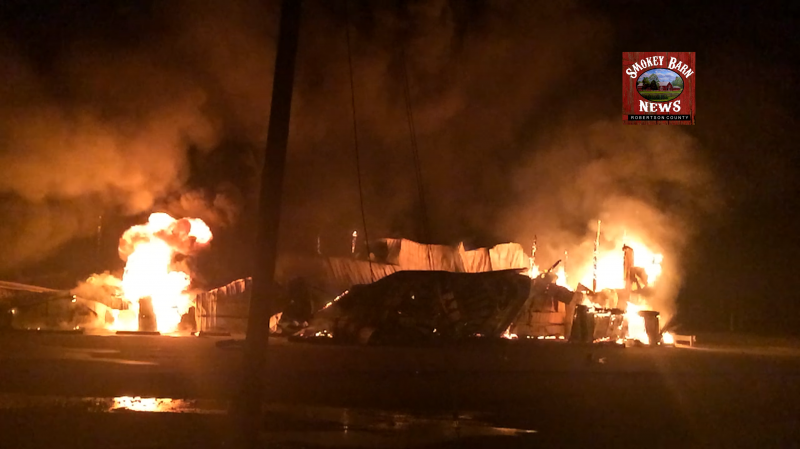 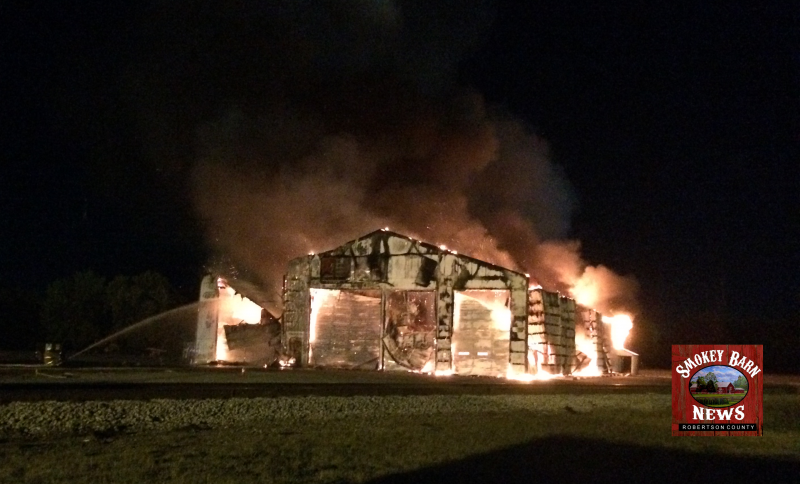