The event was held at J. Travis Price Park. They had a 5k walk/run and a Memorial celebration/stop the violence rally. For more photos of Saturdays event click here.

Below is Smokey’s ongoing coverage of this story from the beginning. 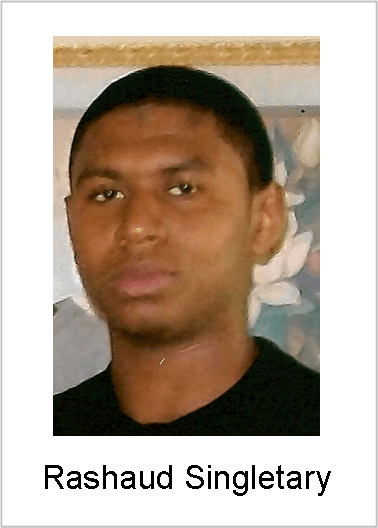 NASHVILLE – Tennessee Gov. Bill Haslam today announced a $10,000 reward from the state for information on the death of Rashaud Singletary in May 2012 in Springfield.

“I encourage anyone with information in this case to contact the local authorities immediately so those responsible for this crime can be brought to justice,” Haslam said.

The state reward of $10,000 is for information leading to the apprehension, arrest and conviction of the person or persons who have committed, attempted to commit or conspired to commit the murder of Singletary.

On May 6, 2012, Singletary was shot in the back of the head in Springfield, and there was a large group of people present at the time of the killing. The Springfield Police Department investigated the case, and a suspect, Mandrekus Young, was indicted. The 19th Judicial District Attorney General’s Office determined, however, that further investigation was needed before the case can move forward.

John Carney, District Attorney General for the 19th Judicial District, requests that anyone with information about this case call Det. Terry Dorris of the Springfield Police Department at (615) 384-8422. Article SOURCE:

Below is Smokey’s ongoing coverage of this story which includes two videos and our original report at the bottom.

Rashaud Singletary was murdered back in May. His mother (Jan Singletary Pettis) is calling the community to stand together to stop the violence.. iPhone/iPad users click on top photo to play  video

Around 12AM Sunday Morning May 6th Emergency services were called to 1407 John L Patterson near 14th St. in Springfield TN. Witnesses at the scene said 4 shots were heard and a male (in his mid 20’s) had received a gun shot wound to the back of the head. The patient was transported via ground to NorthCrest Medical Center and then Life-Flighted to Vanderbilt. Family and friends gathered at NorthCrest to wait for Life-Flight to leave. As the helicopter took off someone yelled out his name, Rashaud.

Updates will be provided as they come in.

The name of the victim is Rashaud Singletary and he did die from his wounds Sunday morning. They have not arrested anyone yet but are working on several people of interest according to Springfield Police Chief David Thompson. Smokey would like to convey our deepest sympathy to his friends and family during this time of great loss.