The station has been there for many years but the most scient….

Some History, A great Deal At Ed’s And A Chance To WIN A Free Tank Of Gas!

The storage tanks at the old gas station on the corner of Main St and West 9th are being removed. The process started about a week ago and will continue for about another week from start to finish.  If you have never seen just how big the underground storage tanks 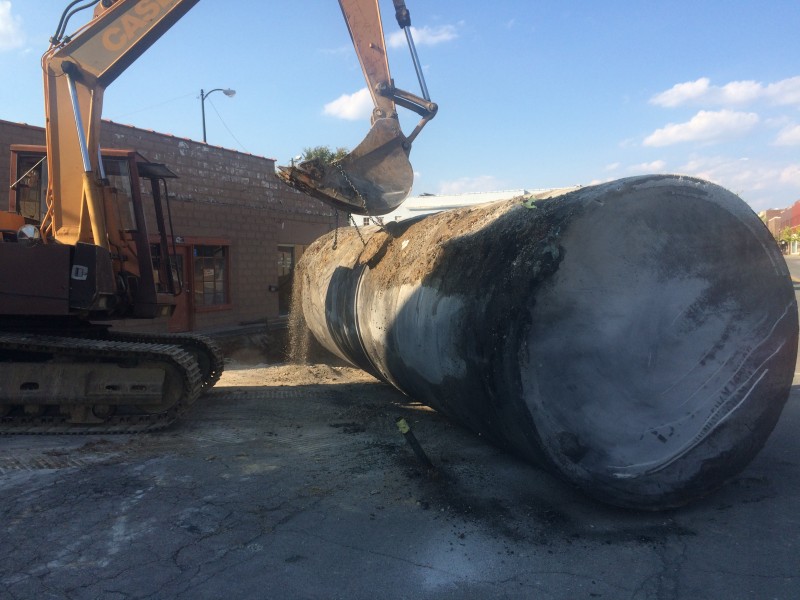 are that gas stations use, you may be surprised. The total cubic feet of all the tanks together are almost as big as the station itself. An engineer on site told Smokey that the tanks did seem large for the size of the station. “Looks like someone thought they were going to sell a lot of gas,” he said.The station has been there for many years but the most scientific answer Smokey has received on its age so far is; “Its been there forever!” There are some very knowledgeable people in Robertson County that seem to know every last detail of its history. In fact, there are several Facebook pages that focus solely on local history.

You knew you grew up in Robertson County, TN if

If you grew up in Springfield Tn you remember

You know you grew up in Greenbrier, Tn. if

If you grew up in White House, TN you remember

To name a few. …So what’s everyone’s best guess, how long has the station been there? 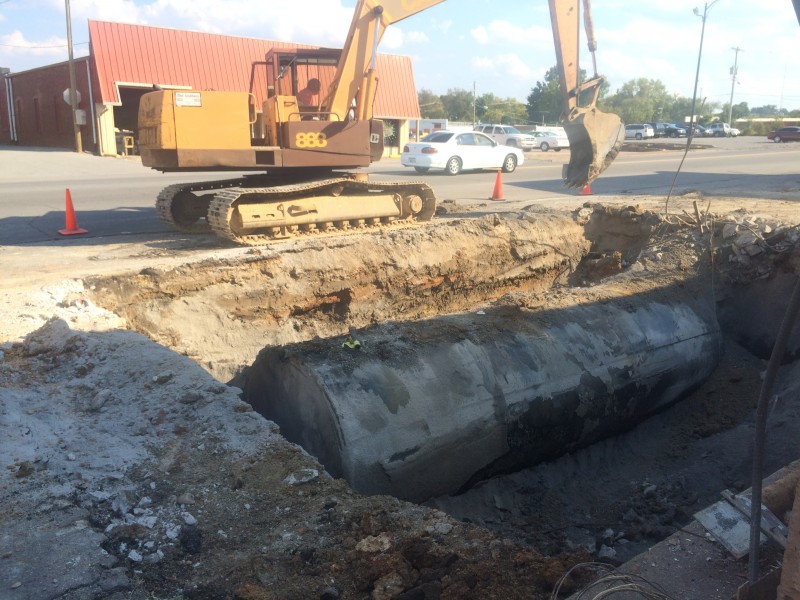 As we understand it, the station is not being torn down, they’re just removing the tanks. Later the building will be re-purposed. According to Springfield Codes Administrator Mark Fields, the owner is looking to sell the property and the removal of the tanks is part of that process.The station is located across the street from Ed’s Place. Ed’s Place is a great big used appliance store and repair shop. The owner, Ed Staup, has been watching the entire process unfold across the street from his business. Ed’s the one who called Smokey just in time for us to get the great photos of one of the tanks being removed. By the way, Smokey talked Ed into running a Smokey sale. This is not a paid ad, Ed’s just a Smokey fan and let us talk him into running a very special Smokey discount. This Saturday ONLY (10/4/2014) every appliance Ed’s got will be 10% cheaper to anyone that mentions Smokey Barn News… In addition to that, if you mention Smokey, your 3 month warranty will magically become a 4 month warranty. So 10% off and a 4 month warranty just for saying “Smokey.” The deal is good for this Saturday only. WOW thanks Ed! 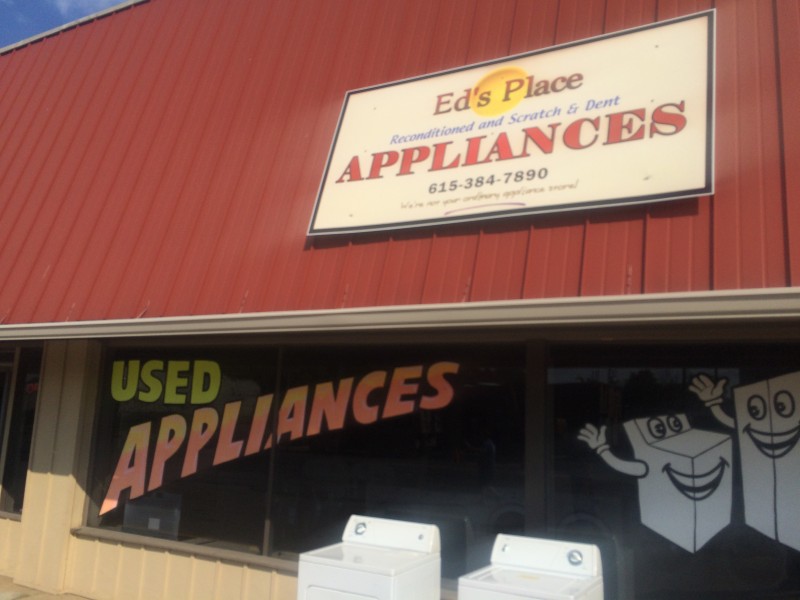 Now back to the story, Hollowngsworth Oil Co. won the bid to remove the tanks. The dirt is being piled up on plastic tarps behind the old station until the E.P.A. gives the all clear to put it back in the hole. Core samples of the dirt are taken and sent off for testing.That process may take a week.  Each tank weighs about 8,000 pounds, according to an engineer involved in the removal process. There are 3 tanks, two 8,000 gallon tanks and one 6,000 gallon tank. The gaping hole left behind is big enough to make a great swimming pool. As they pulled out the second tank it was hard not looking 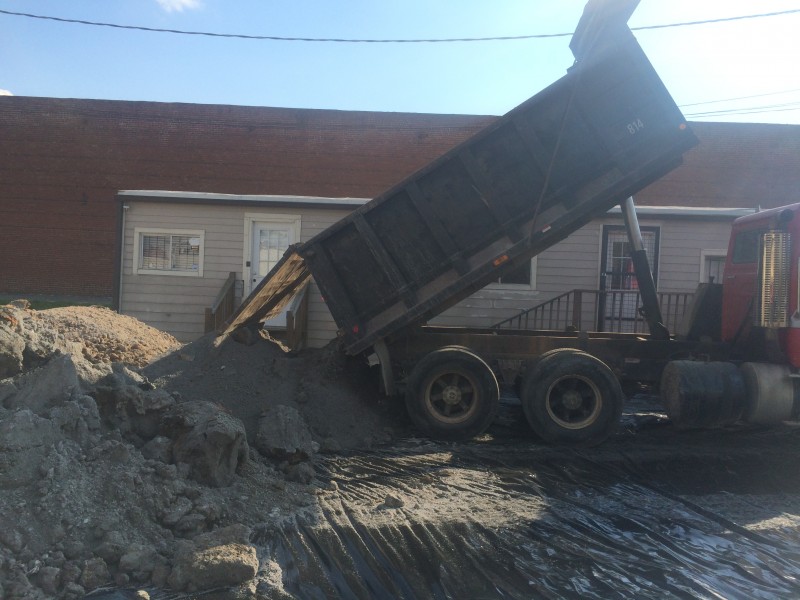 To evacuate the gas fumes from the tanks, engineers used dry ice. The dry ice is put into the tank and the resulting reaction pushes out the flammable gas vapors. The engineer said they use about ten pounds of dry ice for every 1000 gallons in cubic feet of a tank, not the contents.
At any rate, that about sums it up. It always makes you wonder when you see this kind of a story; “Did I buy gas there? When was that? High school? What year?

Tell Smokey Barn News about a time you bought gas at the old station at 9th and Main in comments below, or under the story on Smokey’s Facebook page. Was it last year? Was it ten years ago? Was it 50 years ago? Tell us where that tank of  gas took you.

The most compelling, heartwarming story will WIN a FREE tank of gas. Smokey will reveal the winner on Facebook next Saturday October 11.  ($60.00 limit on gas.) The winner must take delivery of  the gas in Robertson County at a station of Smokey’s choosing.  Smokey’s judges for the contest will be Kourtney Hatcher’s 6th grade class at South Haven Christian School in Springfield. They alone will have the final say on the winner. Entries will be considered until Noon Friday 10/10.Second place will win 6 tickets to a night at Highland Rim Speedway, where you can have a real gas..