http://youtu.be/HAkvFqAHnwUAround 6:40pm Monday night January 7 Fire crews were called to 2638 Distillery Rd in Greenbrier, TN. Greenbrier Fire, Ridgetop Fire, White House Fire 51 & 52 are working hard to put out the blaze. Firefighters are fighting gravity to get water up the hill so they have an assembly line going with fire trucks and Firefighters located at the bottom, middle and top of the hill.

As of 8:04 pm the fire is under control all though the home of the Carter family is a total loss according to Greenbrier Fire Chief Billy Wilson.

The fire appears to have started in the master bedroom when a 2 year old child threw a ball for the dog. The Mother is unsure if the ball knocked over the burning candle on a desk  into the drapes or if the dog jumped up to catch the ball causing the candle to tip over. However, Everyone did make it out safely. 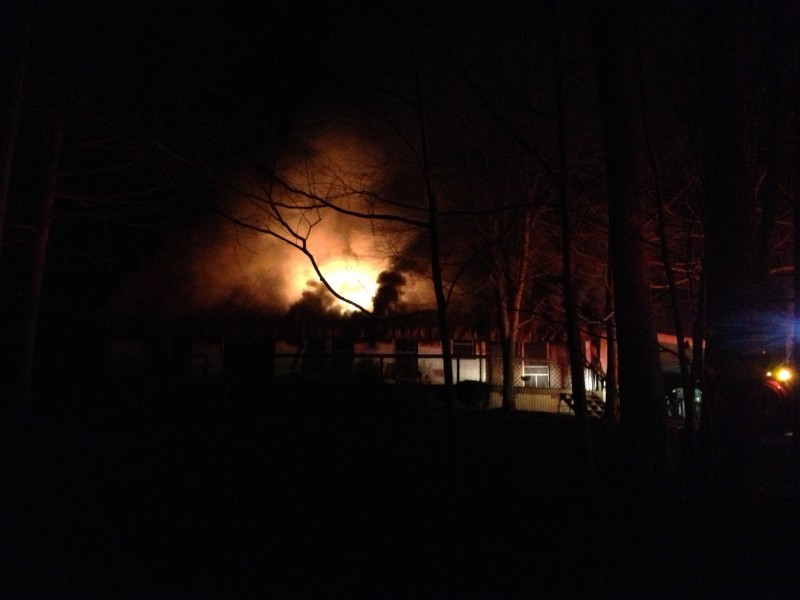 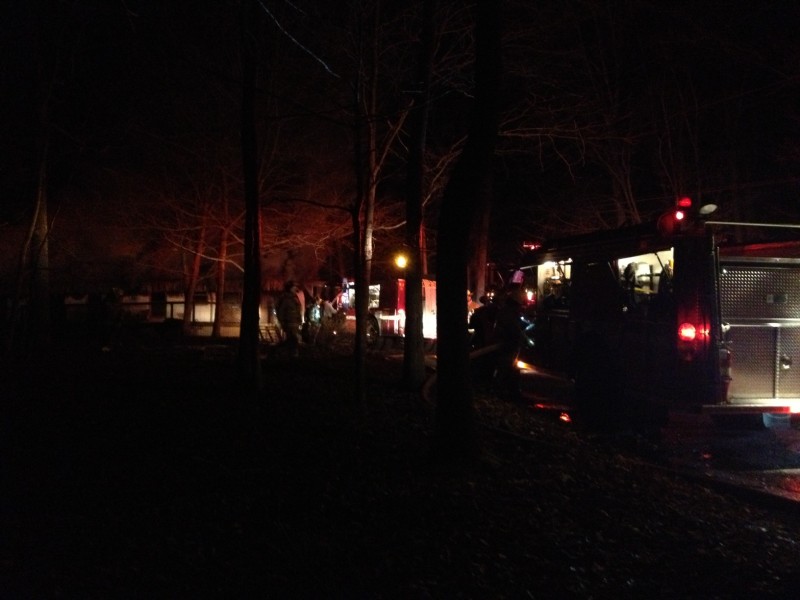