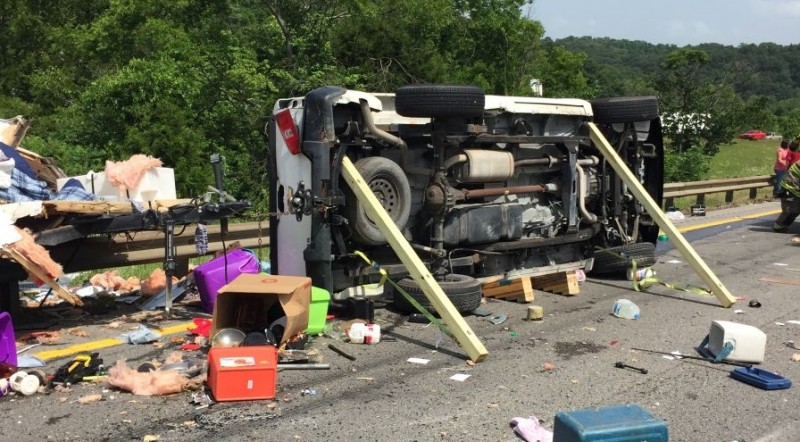 I65 South Closed After Rollover

ROBERTSON COUNTY TENNESSEE: (Smokey Barn News) – A vehicle pulling a trailer has overturned on I-65 near the 103 mile marker. The wreck is at the bottom of the ridge before Bethel rd.

The accident  occurred just before 3:00pm.  According to officials at the scene, the driver had to be extracted but was awake and talking after the wreck and was transported.

Officials say it will be about an hour before 1-65 is reopened. Traffic is very heavy on Bethel Rd and 31w, expect delays.

UPDATE: at 4:00pm officials opened up the shoulder to allow traffic to start flowing but it’s still slow going.