The new I-hop will be coming in as part of a new truck-stop. In addition

It’s been a year in the making but it looks like it’s finally going to happen, White House will finally be getting that I-HOP restaurant you’ve been hearing about.

The new I-HOP will be coming in as part of a new truck-stop. In addition to the I-HOP, the facility will also have a large tire store. The location chosen for the new facility sits on the outskirts of the main drag through White House, just west of I-65 on Hwy 76. Location of project. 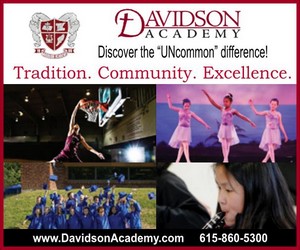 Improvements to the road will be made before the truck stop goes in to ensure that traffic in the area will flow smoothly. “They are going to widen Hwy 76 adjacent to the truck stop from I65 to Summit Preparatory Academy,” according to Mandy Christenson,  Executive Dir. of the White House Chamber Of Commerce. (MAP of section to be widened) “They will also be adding some traffic lights that will help with the traffic flow. In addition, access to Industrial Dr will be moved. At present, Industrial Dr intersects Hwy 76 directly across from the location of the new facility, it will be moved a bit west, and that will also help to improve traffic flow.”

Over 20 acres have been acquired by Oklahoma based Love’s Travel Stop to build the facility and as you can see from this Love’s location map, they have locations all across the United States.

As far as the aesthetic affect on White House, the facility will sit a good distance off the roadway and will be located on the opposite side of I-65, along with the improvements to Hwy 76, it should not take away from the city’s charm.

Some have expressed a concern that the truck stop could bring in riff-raff. Christenson said, “That aspect was heavily considered, that’s the last thing we want. When my family travels we look for a Love’s truck stop because typically they are very clean, their restrooms are clean, their employees are friendly and we’ve never had a bad experience. They also have a good selection of merchandise, they even have healthy options.”

We asked Christenson why this was good for White House, “Well, White House wants to grow, one way to do that is to bring more traffic to the community. In order to get some of the things that White House really wants, like sit down restaurants, and maybe nicer fast casual restaurants, our traffic count has to increase. Right now we don’t have a lot of industry; the truck stop will bring a higher daytime traffic count and even make White House more attractive to a company that’s thinking about relocating.”

“Love’s was able to meet all of the codes and restrictions so the project was not put before the Board of Mayor and alderman, some people are frustrated because they feel like they didn’t get to weigh in on the project. It just so happened that the property had the proper zoning to allow a truck stop to go there and Love’s met and exceeded all of the city’s expectations,” Christenson said.

Now that the planning commission has approved the plans, construction on the new 10,000 square foot facility should begin soon, she said.