Mount Juliet Man Dies In I24 Motorcycle Crash (Near Joelton)

The accident occurred near the off-ramp at exit 35. (Whites Creek Pike/431) MAP

Officers responded to the scene at 6 a.m. after a motorist, who had stopped after they saw a backpack on the shoulder of the exit ramp to Joelton from I-24 East, found Brymer in a grassy area on the opposite side of the guardrail.

The preliminary investigation indicates that Brymer, who was riding a 1998 Yamaha motorcycle, exited from I-24 East to Joelton when, for reasons unknown, he struck the left guardrail and was thrown into the grassy area. The motorcycle traveled approximately 300 feet before coming to rest in the grass.

At 2:15 a.m., a citizen reported that they saw headlights in the trees on I-24 West at the Joelton Exit. An officer responded but did not see anything. Brymer was located on the east side of the Interstate. Brymer was wearing a full face helmet which was located approximately 20 yards away. There was no evidence of drug or alcohol involvement at the scene. 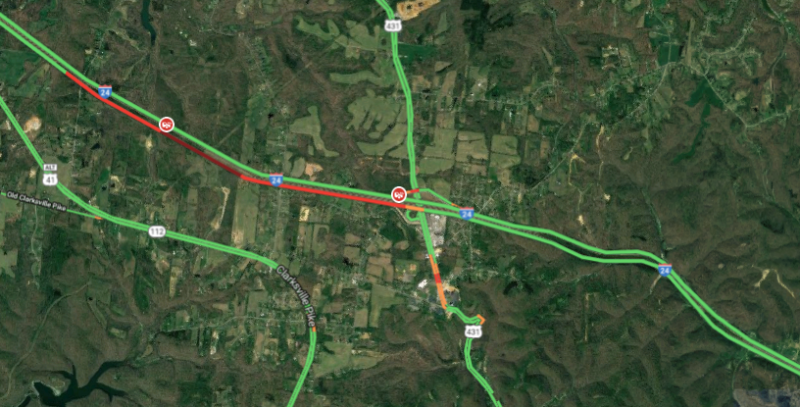