The Most Popular News Source in Robertson County www.SmokeyBarn.com 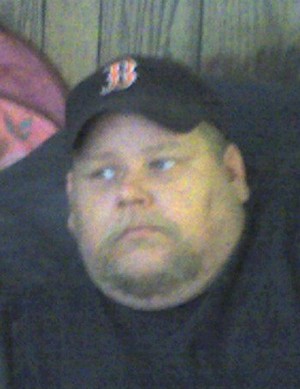 James Howard Binkley, Jr. age 49, passed away Thursday, August 9, 2018. He was born Saturday, January 25, 1969 in Nashville, Tennessee and is preceded in death by his parents, James H. and Betty J. Rainey Binkley.

A celebration of life will be conducted 4:00 Sunday, August 12, 2018 in the chapel of Forest Lawn Funeral Home at 1150 South Dickerson Road Goodlettsville, Tn with Minister Ronnie E. Binkley officiating. Jose Cruz Huipe-Hernandez, 68, of Springfield, passed away on Wednesday, August 8, 2018 at his home.

A private Funeral Mass and burial in Springfield Memorial Gardens will be held.

Mr. Huipe was born March 24, 1950 in Ahuiran Michoacan Mexico to the late Pedro Huipe Pascual and Justina Hernandez Roque. He had worked for Elextrolux and was a communicant of Our Lady of Lourdes Catholic Church in Springfield. Mr. Huipe enjoyed playing the guitar, keyboard, and the accordion. He loved being outdoors gardening and going to yard sales. In addition to his parents, he was preceded in death by his son: Everardo Huipe Campos. Martin Ray Pitts, 59, of Adams, passed away on Monday August 6, 2018 surrounded by his family at his home. Memorial services will be conducted Friday August 10th at 6:00 p.m. in the Oakhurst Chapel of the Robertson County Funeral Home with Reverend Steve Pendley officiating. The family will receive friends on Thursday from 4:00 p.m. until 8:00 p.m. and on Friday from 3:00 p.m. until service time at the funeral home.

Mr. Pitts was born May 15, 1959 in Hazard, KY to the late Dexter and Anna Gaber Pitts. He was a veteran of the Army National Guard, having served as a Sergeant. Mr. Pitts had worked as a truck driver for Commodore Express and was of the Baptist faith. He loved working puzzles, woodworking, and he always liked to be active.

Mr. Pitts is survived by his wife whom he would have celebrated 30 years of marriage with on the 13th of this month: Sandy Crenshaw Pitts of Adams, daughters: Angela Scruggs Blow and husband Lenny of Adams, Christy Scruggs Holleman and husband: Shawn of Adams, grandchildren: Sterling Silvers, Xander Holleman, Kayte Dean, and Taylor Blow, great grandchild: Aiden Lindsey, and by his sister: Faye Welch and husband Eddie of Madisonville, KY Geneva Mai Webster Carroll, age 92, of Springfield, passed away peacefully in her sleep Wednesday, August 8, 2018 at NHC Healthcare. A graveside service will be held Saturday, August 11, 2018 at 1pm in the Oakland Cemetery with Brother Jake Townsend officiating. Burial will follow with family and friends serving as pallbearers.

Visitation will be held at the Austin & Bell Funeral Home in Springfield on Saturday from 10am until time to leave for the cemetery at 12:30pm.

Mrs. Carroll was born January 9, 1926 in Nashville to the late Ernest W. and Hattie Mae Robertson Webster. She was a member of Oakland Baptist Church and was a nurse at Baptist Hospital for 26 years until her retirement. After her retirement she was able to enjoy being a homemaker and her hobbies which included baking, cooking, canning and sewing.

In addition to her parents Mrs. Carroll is preceded in death by her husband of 75 years, Thomas Monroe Carroll, her son, Jerry Wayne Carroll and her granddaughter, Robin Cohea. William Alon Fort, age 56, of Cross Plains, passed away Tuesday, August 7, 2018 at his home. Funeral services will be held Friday, August 10, 2018 at 1pm in the chapel of the Austin & Bell Funeral Home in Springfield.

Visitation will be held at the funeral home on Friday from 10am until the hour of service at 1pm.

Mr. Fort was born October 5, 1961 in Springfield to the late Johnny and Dorothy Newman Fort. He was a self-employed mechanic and was of the Baptist faith.

In addition to his parents Mr. Fort is preceded in death by his brothers, John Fort and Harold Fort and his sister, Linda Fort. Age 64 of Jackson, TN formerly of Goodlettsville, TN passed away Monday, August 6, 2018 at Jackson-Madison County General Hospital in Jackson, TN. She was born March 28, 1954 in Nashville, TN to Johnny and Ida Lucille Wheeler Allen. She worked as a pawn broker for Bill’s Pawn Shop. She was a proud adoptive parent, adopting 4 wonderful children She was active and supportive in all of the children’s activities, which were her passion. She was also a loving grandmama to Braylen. No services are planned

She was born February 18, 1934 in Minot, ND to the late Alex and Edna Miller Baumgarten. She was also preceded in death by her husband, Lester Otto Baumgarten.

She worked as a Housekeeper in the Hospital Industry.

Dorothy J. Leonard, age 88, of Goodlettsville passed away Sunday, August 5, 2018 at her residence.

She was born in Gainesboro, TN on March 10, 1930 to the late Clifton and Loraine Long Richardson. She was also preceded by husband, Oscar Lee Huffines; daughter, Vickie Lynn Huffines Hackney; son, Doug Leonard. She was a homemaker. Mrs. Helen Shelton, age 93, of Antioch, TN and formerly of Springfield, died on Friday, August 3, 2018 at the Southern Hills Medical Center in Nashville.

Visitation with the family was held at the funeral home on Tuesday from 11:00am until the time of service at 2:00pm.

Mrs. Shelton was born September 30, 1924 to the late Elijah Stafford and Elgie Buford Allen in Lexington, Tennessee. She worked as an RN at Crestview Hospital and Meharry Hospital until her retirement. Mrs. Shelton loved her family, helping others, and especially loved the Lord and reading her Bible.

In addition to her parents Mrs. Shelton is preceded in death by her husband, John Sales. She is survived by her sons, Jimmy Sales, Sr. of Bowling Green, Kentucky and