Our hearts are broken at the loss of a beloved Husband, Father, Grandfather, Brother, Uncle and friend, Marwood Mahlen Clauson.

“Woody” was born in Slayton, Minnesota on August 30, 1935 and left this earth on August 25, 2017, just shy of a week before his 82nd birthday. We are comforted in knowing that his birthday will be a Heavenly celebration.

He had a very distinguished military career that began in 1954 but his love of flying went back to when he was a young boy. He knew at that very tender age that soaring amongst the clouds was where he wanted to be. He worked tirelessly and sacrificed much to bring his dream to life. Just ask him about flying and you could hear his passion in his voice!

He was a member of a very exclusive club, the “Red River Rats” and was the recipient of the Bronze Star and The Distinguished Flying Cross. When talking about his favorite aircraft, the F-104 Starfighter, he would say “You put it on instead of getting into it.”

After his meritorious service to our country he went to work for Mohawk Airlines (now known as American Airlines) until he retired in 1991.

He and Mom settled down in Adams, TN after retirement where they spent time with their families, devoted themselves to helping others on mission trips, traveled and generally enjoyed life to the fullest.

Our special angels, who have wrapped him in their wings and brought him to his Heavenly Father, include his Parents: Mahlen and Helen Clauson, his Sister, Patsy Clauson, his very special friend and mission co-worker, Victor Baggett, numerous in-laws and friends.

In lieu of flowers, please consider supporting the Alzheimer’s Association.

All donations may be sent care of the Robertson County Funeral Home. Bill Pratt, age 87 of Springfield, died Tuesday, August 22, 2017 at Centennial Medical Center in Nashville. Funeral services were conducted Saturday, August 26, 2017 at 11:00 AM at Hillcrest Church of Christ with Bro. Marvin Crouch officiating. Burial followed in Springfield Memorial Gardens with Wade Pratt, Dale Pratt, Allan Pratt, Dennis Pratt, Bill Pratt, and Joshua Pratt serving as pallbearers. The family received friends at Robertson County Funeral Home on Friday from 4 until 8 PM and Saturday at Hillcrest Church of Christ from 10 AM until the hour of service.

Mr. Pratt was born February 19, 1930 in Robertson County to the late Virgil and Velma Rawls Pratt. He was a member of Hillcrest Church of Christ and was a veteran of the United States Army. He and his wife were the owners of the former Pratt’s Kitchen on Main Street in Springfield and he was a past president of the Coopertown Ruritan Club. Mr. Bill loved fishing and bush hogging with his tractor. In addition to his parents, he was preceded in death by a brother, Glen Pratt; a great grandchild, Bill Thomas Pratt; and his son-in-law, Jerald Manning.

The family request, if so desired, for memorial contributions to be made to the Hillcrest Church of Christ Building Fund. All donations can be sent c/o Robertson County Funeral Home. Ethel S. Hooper, age 96 of Cross Plains, died Sunday, August 27, 2017 at White House Healthcare. Funeral services will be conducted Friday, September 1, 2017 at 10:00 AM at the Milldale Chapel with Guy Stanley officiating. Burial will follow in Cross Plains Cemetery with Elige McLevain, Bill Hammerick, Chris Clinard, Blake Hooper, Brock Hooper, and Tim Hooper serving as pallbearers. The family will receive friends at the funeral home Thursday from 4 until 8 PM and Friday from 9 AM until the hour of service.

She is survived by her sons and daughters-in-law, Larry Carlton and Betty Hooper of Smyrna and William Dennis and Renee Hooper of Springfield; daughter and son-in-law, Linda and Glenn Watts of Greenbrier; seven grandchildren; and four great grandchildren.

The family request, if so desired, for memorial contributions to be made to the Mt. Carmel Stone Soup Ministry. All donations can be sent c/o Robertson County Funeral Home. Milldale Chapel is in charge of arrangements. Margaret Louise Johnson, age 82, of Springfield, passed away Sunday, August 27, 2017 at her granddaughter’s home. Funeral services will be held Wednesday, August 30, 2017 at 2 o’clock pm in the chapel of the Austin & Bell Funeral Home in Springfield with Brother Donnie Blick officiating. Burial is to follow at Springfield Memorial Gardens with Randy Shumake, Tommy Jackson, Michael Maxwell, Jim Gale, Jason Jackson and Gary French serving as pallbearers. Honorary pallbearer is James Brown. The family will receive friends at the funeral home on Tuesday, August 29, 2017 from 4-8pm and again on Wednesday from 10am until the hour of service at 2pm.

Mrs. Johnson was born January 24, 1935 in Logan County, KY to the late Billy and Willie Martin. She worked at Wilson Sporting Goods and was a homemaker.

In addition to her parents Mrs. Johnson is preceded in death by her husband, William Dub Johnson; son, William (AJ) Johnson; brother, Billy Martin Jr. and infant sister. She is survived by her son, Terry (Julie) Johnson of Springfield; daughter-in-law, Linda Johnson of Springfield; sisters, Libbie Haynes of South Water, FL. and Nadine Maxwell of Russellville, KY.; and 5 grandchildren, 12 great-grandchildren and 1 great-great grandchild. 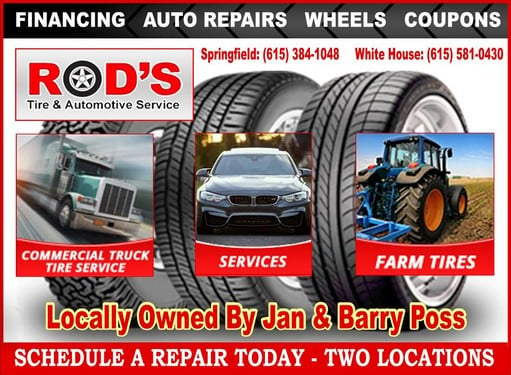