Rachel Evelyn Sloan, 94, of Springfield, died Sunday July 23, 2017 at North Crest Medical Center. Funeral services will be conducted Wednesday July 26th at 11:00 a.m. in the Oakhurst Chapel of the  Robertson County Funeral Home with Pastor Tee Rawls and Dr. Donnie Bryant officiating. Interment will follow in Springfield Memorial Gardens with Jay Sloan, Terry Wayne Hudson, Jerry Lynn Sloan, Don Sloan, Lorne Jacobson, and Jaren Jacobson serving as pallbearers. Honorary pallbearers will be Justin Cooksey and the members of Solid Rock Baptist Church. The family will receive friends on Tuesday from 4:00 p.m. until 8:00 p.m. and on Wednesday from 8:00 a.m. until service time at the funeral home.

Mrs. Sloan was born August 20, 1922 in Robertson County to the late Claude and Lesa Bracey Smith. She was a retired inspector from Mansfield Tire & Rubber, and was a member of Solid Rock Baptist Church in Greenbrier. Mrs. Sloan loved working on genealogy, doing word search puzzles, and loved going out to eat at Cheddar’s. In addition to her parents, she was preceded in death by her husband: Hilmon Sloan, her brothers: Crockett Smith and Raleigh Clifton, her grandchildren:

Shari Cooksey and Steven Ashley Haley, and by her foster grandchild: Aimee Cooksey. Mr. Redfearin was born December 16, 1965 in Robertson County to the late Johnnie B. and Alma Jean Clark Redfearin. A sister, Sue Woodard, also preceded him in death.

The family request, if so desired, for memorial contributions to be made to the Johnnie Redfearin funeral fund. All donations should be made to Robertson County Funeral Home. Dorothy Irene Bradley, age 69, of Greenbrier passed away Saturday, July 22, 2017 at her residence. Austin & Bell Funeral Home Greenbrier is in charge of arrangements.

She was born in Nashville, TN on October 12, 1947 to the late Catherine Stewart. She was also preceded in death by 2 sisters.

She was employed at Krispy Kreme in food preparation and sales. She was a member of Our Lady Of Lourdes Catholic Church. Funeral services will be conducted at 1 o’clock pm on Thursday, July 27th at Bethel Free Will Baptist Church with Brother Danny Thompson, Brother Berry Raper and Cam Spain officiating. Burial will follow in Mallory’s Cemetery with Zach Spain, Cam Spain, Cory Johnson, Bill Anderson, Ronnie Hinkle, Steve Underwood, Phil Head and Donnie Norman serving as pallbearers. Honorary pallbearers will be Adrian Bellew, Ralph Hughes, Todd Ford and Robbie Thompson.
The family will receive friends on Wednesday, July 26h, from 2:00PM-8:00PM at the Funeral Home in Pleasant and again on Thursday, from 11:00AM until the hour of service at 1:00PM. at the Church.

Mr. Spain was born in Nashville, Tennessee on January 6, 1958 to Newton Glenn and Marjorie Sue Anderson Spain. He worked as a truck driver and was a member of the Bethel Free Will Baptist Church.

He is survived by his wife, Kaye Spain of Chapmansboro; sons, Glenn “Cam” (Mollie) Spain of Wendell, NC. and Zachary Bryant Spain of Chapmansboro; daughter, Stefanie (Cory) Johnson of Chapmansboro; sister, Joan (Wayne) Sasser of Fairhope, AL.; grandchildren, Hannah Spain and Baby “Catfish” Johnson.
If so desired, memorial contributions in Mr. Spain’s memory may be made to Bethel Free Will Baptist Church Building Fund. All donations may be sent in care of Austin & Bell Funeral Home in Pleasant View. Joseph Byrns Pitt, Jr., age 68, of Goodlettsville and formerly of Springfield, died Wednesday, July 19, 2017 at Centennial Medical Center in Nashville. Funeral services will be held Monday, July 24, 2017 at 10am in the chapel of the Austin & Bell Funeral Home in Springfield with Brother Martin Babb and Mark Turner officiating. Burial will follow in the Springfield Memorial Gardens with David Barry, Stuart Jones, Lee LaGraize, Yale Riley, Jimmy Spruill and Mark Turner serving as pallbearers. Visitation will be held at the funeral home on Sunday, July 23, 2017 from 4-7pm and again on Monday from 9am until the hour of service at 10am.

in 1976, and has been with the company continuously since that time. Joe earned a Bachelor of Science from Belmont University, and a Juris Doctor from The University of Memphis School of Law. He was a member of the Nashville Bar Association and the Tennessee Bar Association.

Mr. Pitt will be forever remembered by numerous cousins, extended family and dear friends that will all miss him very much. 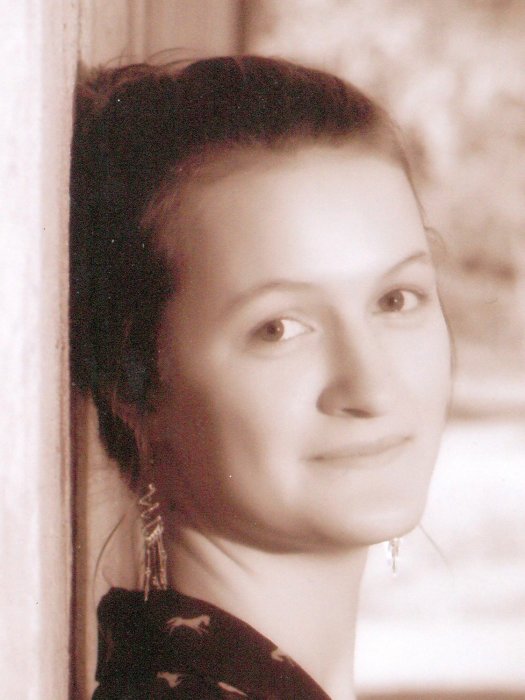 Sherri loved to sing. She wrote her first song “Best of Today” at age 14 and continued writing songs and poetry. She played guitar and was the inspiration for the band LoveSkrub. The band often performed at local restaurants, coffee shops, and also played at several large music festivals.

She graduated from Rossview High School in 2014 and was studying marine biology at APSU. Sherri grew up in a wonderful large family, full of love and life. She is survived by her sister Heather Burks and four brothers, Michael, Thomas, David and Daniel Burks.

She had two beloved cats, Taco and Toulouse. Her love for animals began at a very early age. She used to spend her summers in Colorado with her grandparents, Bud and Marion Dalvit, feeding treats to horses and cows, and playing with kittens and dogs. Sherri will be greeted in Heaven by her Dad, Grampa, and Uncle Al.

Visitation will be Sunday July 23, at 1:30 PM at Christ Lutheran Church followed by a Celebration of Life Service at 2:30 PM.

In lieu of flowers, memorial contributions may be made to the Humane Society at www.humanesociety.org. Obituary provided by the Neal Tarpley Parchman Funeral Home.