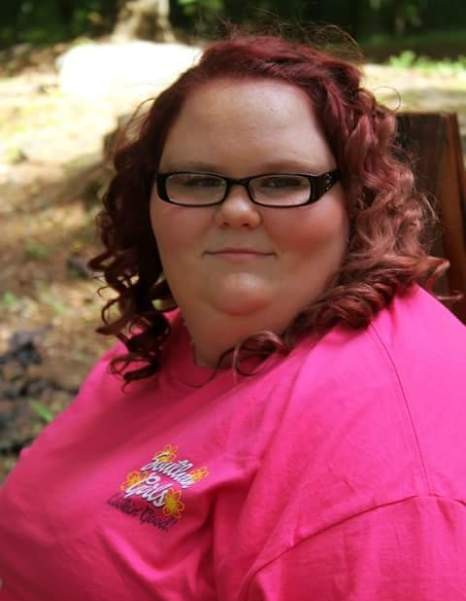 Ms. Makayla Renee Barrow, age 19 of Guthrie, passed away on Sunday, May 14, 2017 at Vanderbilt University Medical Center in Nashville of natural causes.

She was born August 6, 1997 in Robertson County, Tennessee the daughter of James Milton and Sharon Blackwell Barrow. She attended Potters House Church in Elkton. She was a graduate of the Class of 2016 at Todd Central High School and was a counselor at Camp TAG sponsored by Northcrest Hospice.

She loved Facebook, fishing, playing video games with her brother and loved her ferrets.

Colorado; one sister Mary Hardman of Clifty and one nephew Noah Barrow of Colorado Springs, Colorado. Odis Unley Swallows, Sr., 90, of Springfield, died Sunday May 14, 2017 at Vanderbilt Medical Center. Funeral services will be conducted Wednesday May 17th at 11:00 a.m. in the Oakhurst Chapel of the Robertson County Funeral Home with Dr. Steve Freeman and Reverend Michael Smith officiating. Interment will follow in Elmwood Cemetery with Trey Swallows, Chad Swallows, Adam Swallows, Andrew Carden, Michael Richardson, and Christian Kilpatrick serving as pallbearers. The family will receive friends on Tuesday from 4:00 p.m. until 8:00 p.m. and on Wednesday from 10:00 a.m. until service time at the funeral home.

Mr. Swallows was born May 28, 1926 in Robertson County to the late Joseph Clinton and Nancy Ellen Cockell Swallows. He graduated from Springfield High School. He played end position on the SHS Football Allstate team in 1944. Mr. Swallows was a veteran of the U.S. Army, having served during WWII. He served in the Philippines, and earned two Bronze Stars. He worked at the Springfield Woolen Mill for 26 years where he was the supervisor of the binding department. He then went on to retire as a mail carrier for the Springfield Post Office. He was a member of North Springfield Baptist Church since 1938, where he served as a deacon. Mr. Swallows enjoyed hunting, fishing, gardening, and especially dancing. In addition to his parents, he was preceded in death by his wife: Betty Jane Oneal Swallows.

If so desired, memorial contributions may be made to the North Springfield Baptist Church Tonya Renee Holt, age 53 of Springfield, died Saturday, May 13, 2017 at her home. Funeral services will be conducted Wednesday, May 17, 2017 at 2:00 PM in the Oakhurst Chapel of Robertson County Funeral Home with Dr. Arlin Smith officiating. Burial will follow in Elmwood Cemetery with Carlos Reaves, Ross Seeley, Dusty Appleton, Terrill Etherly, Josh Smith, Edwin Lance, Terry Hinton, Lindann Hartsell, Paul Rembold, and Buddy Jacobs serving as pallbearers. The family will receive friends at the funeral home Tuesday from 4 until 8 PM and Wednesday from 10 AM until the hour of service.

Ms. Holt was born October 20, 1963 in Robertson County to Marvin R. and Rosie L. Holt, Sr. of Springfield. She was a member of Purpose Life Church and drove a school bus for 25 years. She loved her computer, playing cards, and social networking. She loved her grandchildren dearly.

In addition to her parents, she is survived by her son and daughter-in-law, Joshua and Sandy Smith of Springfield; daughters and sons-in-law, Stephanie and Matthew Gamble and Jessica Holt and Donnell Dunbar, all of Springfield; brothers and sisters-in-law, Marvin R. and Cheryl Holt, Jr. and Randy L. and Lucy Holt, all of Springfield; sister and brother-in-law, Kathy and Steven Martin of Springfield; and grandchildren, D.J. Dunbar, Cynthia Dunbar, Dontrae Dunbar, Brandon Etherly, Jessica Nguyen, Nichole Smith, and Lacedes Smith.

Age 54 of White House passed away Sunday, May 14, 2017 at Alive Hospice Madison Campus. She was born January 17, 1963 in Springfield, TN to Jimmy and Peggy Lane Briggs. She was a 1981 graduate of White House High School. She attended Austin Peay State University and worked as a Senior Marketing Director for an Engineering Firm. She was a member of Mt. Pleasant United Methodist Church. She loved traveling, cooking, watching cooking shows and knitting hats for cancer patients. She served as treasurer for the Josie Mezzo Foundation and worked with Proverbs 12:10 Animal Rescue. Visitation was held at the Austin & Bell Funeral Home in Pleasant View on Monday, from 11:30am-12:30pm.

Mrs. Head was born October 24, 1926 in Breathitt County, Kentucky to the late Jerry and Eunice Miller. She was retired from the health care field.

In addition to her parents Mrs. Head is preceded in death by her husband, James Houston Head; her son, Mark Head; brothers, Wendel Miller and Forrest Miller, and sister, Eliouse York. She is survived by her sisters, Faye Pool and Lois Smith, and caregivers, Neoma Lenke and Michelle Pewitt. Henry Earl Sinks, age 77 of Goodlettsville passed away Saturday, May 13, 2017 at his residence. Austin & Bell Funeral Home Greenbrier is in charge of arrangements.

The family will receive friends on Wednesday, May 17, 2017 from 3 pm to 7 pm and on Thursday from 10 am to 12 pm at Austin & Bell Funeral Home Greenbrier. The funeral will be at 12 pm on Thursday, May 18, 2017 at the funeral home with Dr. David Royalty and Rev. Bob Old officiating. Burial will follow in Forest Lawn Memorial Gardens.

He was born January 1, 1940 in Levelland, TX to the late William Earl and Vera Mae Johnson Sinks. He was also preceded in death by sisters, Joann Clift and Larell Treadway.

He was a multi-talented singer/songwriter, actor, producer and entrepreneur. He was one of the lead singers with the Cricketts. He and Bob Montgomery came to Nashville in 1959 as writers for Acuff-Rose.

Sinks was performing with Bob Wills at age 12 before recording publicly in 1957 on Dot Records. After Buddy Holly split with his band, The Crickets, Sinks was brought in by Norman Petty to fill his spot. He recorded and performed with the Crickets in 1959 contributing to the album In Style With The Crickets, singing on songs such as “I Fought the Law”, “Love’s Made a Fool of You”, Deborah”, and “When You Ask About Love”. He recorded for Decca Records, in addition to Hickory, Capitol, Coral, Brunswick, United Artist, Warner Brothers and Ace of Hearts Records. He and Norro Wilson, along with Bill Fernez, recorded as the band the Omegas (country music) in October 1958. He recorded under the names of Earl Sinks, Sinx Mitchell, Earl Richards and Earl “Snake” Richards. He wrote songs for artists such as Sue Thompson, the Everly Brothers, the Newbeats, Ernie Ashworth, Brenda Lee, Roy Orbison and Mell Tillis. He would either play guitar or sing harmony over a majority of the sessions with artists such as Mel Tillis, Del Reeves, Mel Street, Charlie pride and others. When filmmaker Ron Ormond started looking for a star for his low-budgeted films in the mid-1960’s he was recommended to have parts in the productions. Earl was recording for Warner Brother’s record label as well as appearing in some of the Warner Brothers television shows, such as Cheyenne, Sugarfoot, and Surfside Six. The nickname “Snake” Richards was given to him by Ormond when he was in his first Ormond film, Girl From Tobacco Row.

From that time all the DJ’s started calling his Snake Richards. As well as Girl From Tobacco Row he was also in White Lighting Road. He later was in the 20th Century fox film by Richard Ball, That Tennessee Beat. By the 1970’s Sinks was tuned in more to the business end of things and ran Ace Of Hearts Records as producer for notable artists such as John Anderson, Faron Young, Joyce Cobb, Jimmy Dickens, Porter Wagoner, Mark Dinning, The Remingtons, Bobby Lewis, Mel Street and more. Sinks stated that although “it was great being an entertainer as well as singing and or playing on 60% of sessions during the early 60’sand 70’s, I’m glad I gradually drifted over to the business side. Age 64 went home to be with the Lord Friday, May 12, 2017 at his home. He was born September 28, 1952 in Davidson County, TN to Paul Raymond and Nancy Elizabeth Templeton Hicks. He worked in electrical maintenance for Innophos. He was a member of Halltown General Baptist Church, where he served as a trustee, on the advisory board for Halltown Daycare and was always willing to serve where he was needed. He was also a member of the Chapel Sunday School Class. Billy loved deer hunting and was a long time member of the IBEW.

He is preceded in death by his parents.

Visitation was he;d Sunday, May 14, 2017 2-8pm at Austin & Bell Funeral Home in White House. The body will lie in state from 10am-11am on Monday at Halltown General Baptist Church prior to the service. Memorial contributions may be made to St. Jude Children’s Research Hospital by going to stjude.org/donate then click on memorial donations in memory of George W. Hicks. Carolyn Tanner Goostree, age 73, of Springfield, passed away Wednesday, May 10, 2017 at NorthCrest Medical Center. Funeral services were held Sunday, May 14, 2017 at 2pm in the chapel of the Austin & Bell Funeral Home in Springfield with Brother Frank Evans and Brother Daniel Dennis officiating. Burial followed in the Oakland Cemetery with family and friends serving as pallbearers. Visitation was held at the funeral home on Saturday, May 13, 2017 from 4-8pm and again on Sunday from 12pm until the hour of service at 2pm.

Mrs. Goostree was born February 12, 1944 in Springfield to the late Mervin and Belle Douglas Tanner. She was a homemaker, was a member of the Oakland Baptist Church and was greatly involved in the family business, Goostree Painting.

If so desired memorial contributions may be made to the Oakland Cemetery Fund. Any donations may be sent in c/o Austin & Bell.