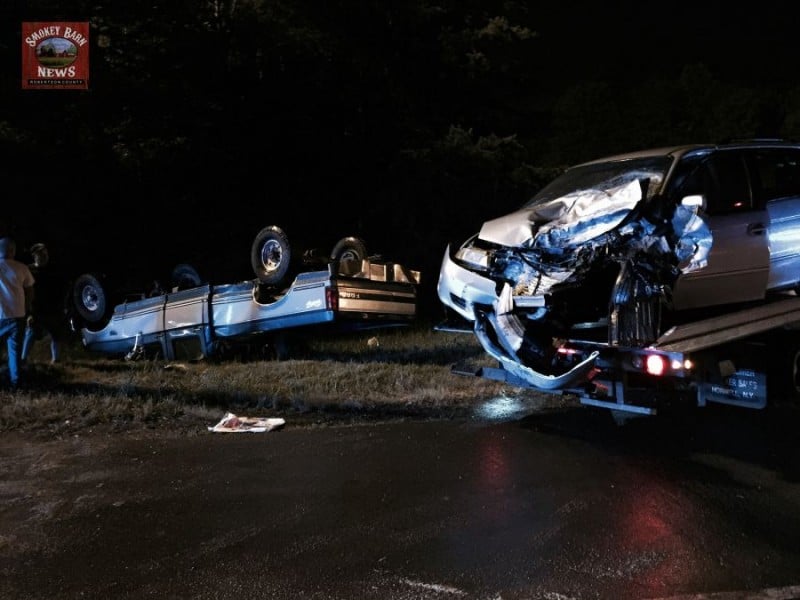 Injury Accident On Hwy 76 At I-65 In White House, Expect Delays

WHITE HOUSE TENNESSEE: (Smokey Barn News) – A rollover accident has occurred on highway 76 in White House at the I-65 interchange near the Ramp. The accident occurred shortly after 9:00 p.m. Saturday evening.

Two vehicles were involved, an SUV and a pickup truck. Three people were transported, two with serious injuries, to Skyline Medical Center.

The accident did block one lane of Hwy 76 for about an hour while crews worked the scene. 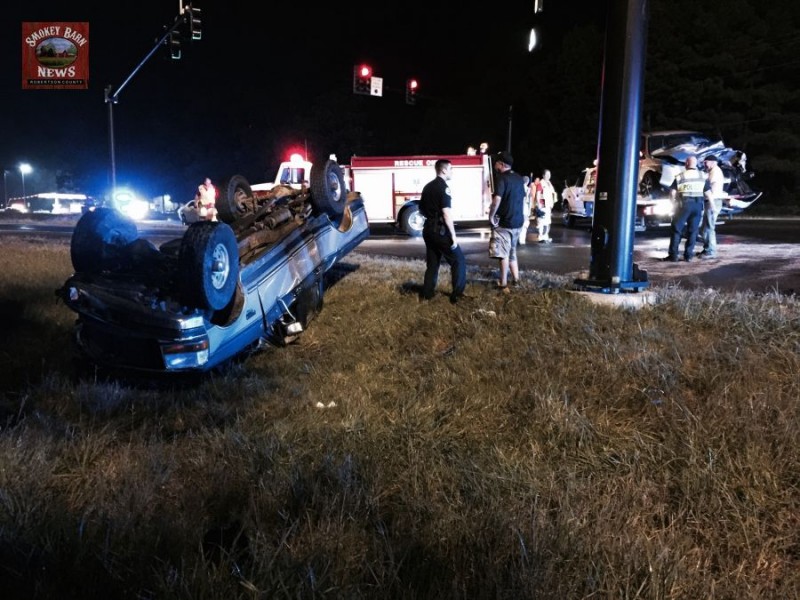 The good samaritan told Smokey barn News that he held her hand until paramedics put her on the stretcher. The passenger ( a male) was already recovering from an accident that occurred some weeks ago and was using a wheelchair, according to a witness. He was able to crawl out on his own but will likely need treatment to repair a leg splint, the witness said.

According to White House Police, the driver of the SUV was also injured and transported. Smokey spoke briefly to the driver’s brother at the scene. He said that he lives near by and was able to get to the scene quickly. He told us that he believed his 22 year old sister was going to be OK.

Specifics on the full extent of injuries that all of the three victims sustained was not immediately available. The ages of the victims is believed to be late teens to early twenties.

The good samaritan who also witnessed the accident said that speed was not a factor. He went on to say that the SUV was attempting to turn onto the interstate as the pickup approached when the two collided. The exact cause of the accident is still under investigation.

According to a witness, after the two vehicles collided, the one ton diesel pickup went up over the top of the SUV.

UPDATE: 10:10PM  The road is now clear and traffic is moving.

Stay with Smokey Barn News and refresh this page for updates.