With arrest and search warrants, local, state and federal law…

Is The Tide Turning In Robertson County?

After a four year investigation, a federal grand jury in Nashville returned indictments charging ten people (largely in the Robertson County area) with conspiring to distribute more than 10 pounds of cocaine, according to,  David Rivera, U.S. Attorney for the Middle District of Tennessee.

Armed with arrest warrants and search warrants, local, state and federal law enforcement officers, on Friday, began arresting those charged in the indictment. As of today, six are in custody and four remain at large. 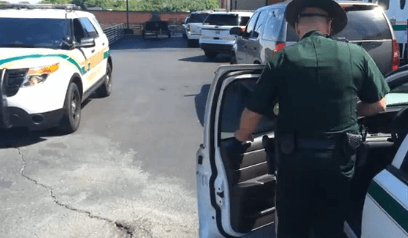 “This indictment should send a clear message to the people of Middle Tennessee, particularly those in the Robertson County area, that local, state and federal law enforcement agencies will come together to rid our communities of drug dealers and violent criminals who think they can operate under the radar in rural America,” Rivera said. “Sheriff Holt has done an excellent job of coordinating resources from law enforcement agencies in Robertson County.”

“This investigation is another example of D.E.A. and our state and local partners working cooperatively to target and dismantle major drug trafficking organizations operating in both urban and rural areas of Middle Tennessee,” said Michael J. Stanfill, Assistant Special Agent in Charge of DEA in Tennessee.

“While these rurally based organizations believe they can operate with impunity due to a smaller presence of law enforcement, Drug Enforcement Administration (D.E.A.) and our partners will investigate these organizations with the same type of resources and manpower as those operating in major metropolitan areas,” Stanfill said.

The charges and those indicted include: Conspiracy to distribute 5 kilograms or more of cocaine:

Rene Orozco-Pineda, 44, of Greenbrier and Salvador Maurico, aka Young Salvador, 23, of Springfield.

Possession with intent to distribute 500 grams or more of cocaine:

Possession with intent to distribute cocaine:

Possession of a firearm in furtherance of a drug crime:

Those currently not in custody and considered fugitives are:

These individuals are currently being sought by law enforcement.

If convicted, those charged with the conspiracy to distribute 5 kilograms or more of cocaine face a minimum of 10 years and up to life in prison. The firearm possession charges carry a mandatory minimum of five additional years in prison. Conspiracy to commit money laundering carries a penalty of up to 20 years in prison. This investigation was conducted by the Drug Enforcement Administration, the 19th Judicial District Drug Task Force, the Robertson County Sheriff’s Office and Springfield Police.

Asst. U.S. Attorney Lynne T. Ingram is prosecuting the case. An indictment is merely an accusation and all defendants are presumed innocent unless and until proven guilty in a court of law.

Robertson County has had its fair share of crime in the last few years and it looks like law enforcement agencies have had it. (See local crime reports here) This is the second raid in the county since July 3rd but the first protracted investigation based on federal indictments.

The question is, will it be the tide turner that sends the message that Robertson County is not a crime friendly place any more? time will tell.

Give us your thoughts below.