Smokey spoke to Deputy State Epidemiologist Dr. John Dunn with the Tennessee Department of Health on September 9th about his findings in this case. He indicated that stool samples taken from faculty members that had developed symptoms and had eaten the sandwiches as well as other individuals that had eaten at the chain sandwich shop on other occasions, all came up positive for the same type of virus, or specifically the Norovirus. Dr Dunn indicated that the Norovirus is a very contagious virus that can live for an extended period on inanimate objects.

According to Dr Dunn, even a few viral particles of the Norovirus can be dangerous, it doesn’t take a large quantity of the virus to become infected. That means that all an infected person needs to do is to forget to wash their hands  just  one time and the virus will be transmitted. If you are not in the food business nothing is likely to happen, but if you are, the virus now has a delivery platform. That coupled with the highly contagious nature of the Norovirus is what Dr Dunn believes set the ball rolling. “It’s a very infectious disease”, Dr Dunn said.

I mentioned to Dr Dunn that Smokey had video footage of people eating from the same batch of sandwiches that were delivered to the school at the medical clinic that paid for the sandwiches to be delivered,  they had been eating the sandwiches for a few days and never developed symptoms. Dr Dunn said, “I hadn’t looked at that but out of the 146 cases reported, virtually all had reported that exposure”

Dr Dunn along with the health department is not mentioning the name of the restaurant because they feel there is no longer a danger to the community and the restaurant showed no signs of improper management of food processing procedures. It’s their job to report future risk, not past. Dr Dunn said that if  he thought there was even a small risk, he would be telling people not to go there.

In closing and to look for something that might benefit the public in a way that might reduce the possibility of a similar situation in the future Dr Dunn said, “I think the messages to the public are applicable across a number of different areas. Hygiene is very important, that’s important for viruses like the Nerovirus, it’s important as we approach flu season. People should not go to work when the’re sick, if you do get sick, see your medical provider and don’t expose others while you are ill,  that’s certainly true for people that handle food, so that’s an important message to convey.  I think the other thing in regards to any particular establishment that was identified or implicated in this outbreak is that the facility was compliant and helped with the investigation and that they were inspected in the wake of the disease reports and that there doesn’t seem to be any ongoing risk with that particular establishment.”

Smokey spoke to Greenbrier Mayor Billy Wilson who says he feels vindicated after hearing of the Tennessee Department of Health’s findings. “I’ve said all along that it was not food poisoning, my wife came down with the symptoms and she was never anywhere near the place. There were a lot of people with symptoms that never ate there.  From the beginning I said it could have been passed on by a handler,  I’ve just never believed it was food poisoning”, Wilson said.

How or why the sandwiches at the medical clinic failed to make anyone ill is still a bit of a mystery.

TDH continues to investigate this outbreak, and at this point has not identified the source of the illness.  TDH does expect to hear of more people who have become ill, but there is no indication of ongoing transmission of the virus in the community. Tennessee Department of Health indatcates that this does NOT mean we have confirmed 100 cases of norovirus.

Walker also told Smokey that “the norovirus is highly contagious, and is commonly passed person to person. It can be spread in a number of ways, including from an infected person, contaminated food or water, or touching contaminated surfaces.” As far as testing the sandwiches or the containers they were in, walker said “we can’t test foods for norovirus, and we don’t test containers.”

Dr Matt Browning of Well Now Urgent Family Care of Springfield said you don’t need to be afraid, just keep in mind that it’s out there and the minute you feel symptoms start hydrating. Don’t wait until you feel very sick to start drinking water. Also simplify your diet, no dairy products. It’s one of the harder viruses but it will run its course. If you start to feel like you may pass out after standing up that’s a sign you’re dehydrated and you may want to contact your doctor or consider going to the  emergency room for IV fluids.

Though we still don’t have a culpret the numbers are comming down.

Schools are all open today despite the strange sickness that has affected a good number of faculty members at several schools in Greenbrier.

Yesterday (Thursday) the number of faculty affected by the strange illness was 86, today it was down to 62, so it seems the numbers are coming down. Linda Cash, the assistant director of Robertson County Schools said “That’s very good news, we’re hoping to be back to normal soon.”

Robertson County Director of Schools Mike Davis  is still convinced the culprit is “contaminated food” that was served to employees on Tuesday. The sandwiches were delivered to Greenbrier Elementary, Greenbrier Middle, Greenbrier High and Wataugua Elementary.

According to Cash, this past Wednesday all of the teachers were together at a meeting held at Springfield High.  So that’s all the teachers in the county separated into two groups all in the same building at the same time, if it were a virus you would expect that it would have spread evenly throughout the school system, but it has not Cash said.

Cash also said everyone’s working together as a team, stepping in to help out until they are back to normal. Other than substitute teachers they are using coaches and several central office administrators to cover the teaching positions as well.

The health department is still investigating but that doesn’t stop the theories from flying. So far the theories Smokey has heard are: it’s the food, it was a virus on the food containers, it’s just normal sickness, it’s part of a the nation wide contamination of some kind of fruit or lettuce. What’s your theory?

Below is Smokey’s original report with an interesting video of a nurse eating the actual sandwiches in question.

This is a developing story but we will give you what we have. Starting early in the week Smokey started receiving a few emails about an illness spreading across Greenbrier that looked like food poisoning. The symptoms people were reporting were diarrhea, upset stomach and vomiting.  iPhone/iPad users click on photo to play video http://youtu.be/-VIZd0-gRiQ 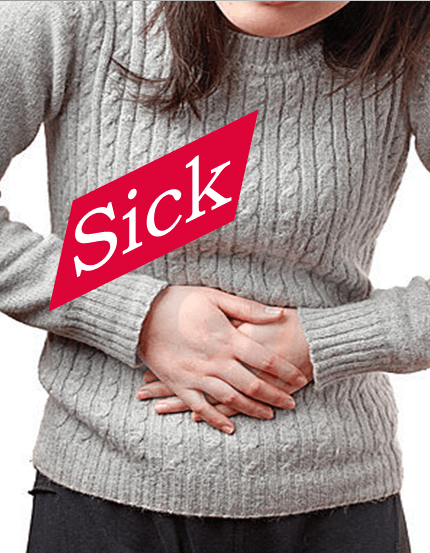 As we went into Wednesday evening and Thursday the reports of sick people started escalating quickly. It seems that Greenbrier schools are the hardest hit with 12 at one school and 7 at another school including other staff members according to Mike Davis, the new Director of Schools  for Robertson County. Greenbrier Elementary, Greenbrier Middle, Greenbrier High and Watauga Elementary schools are the ones that have been affected. Davis indicated that classes have been covered by substitute teachers.

Several hours later after some research by the Davis the number climbed to 86 faculty members reporting symptoms but that number included cases from earlier in the week.  Davis also stated, “We believe it is a food contamination from a local chain” The food was part of a welcome lunch provided to the teachers in Greenbrier to kick off the new year.

The number of cases seems to have leveled off, according to Davis and most of the cases reported are from people that ate the sandwiches. So far (what ever it is) it has not transferred to the students. “It seems that they had to consume it in order to be affected.” Davis said.

Davis also said the “local chain” was investigated by the health department thoroughly and there is an ongoing investigation but as we understand it nothing was found at the chain.

Initially the reports we received were that people believed the cause was food poisoning, but due to the slow progression of the illness one official (Greenbrier Mayor Billy Wilson) thinks it looks more like a virus. “Food poisoning takes about 6 hours, whatever this is, is moving much slower.” Wilson said.

Many initial reports indicated it may possibly be connected to a Subway in Greenbrier. We contacted Subway and spoke to the Manager Andy Patel and and he said, “The health department was there checking everything yesterday and everything is good, I don’t know what happened, some people say they ate turkey, some say chicken and some people say it was the lettuce but the health department came and checked out everything”

Leslie King a Nurse Practitioner at Community Quick Care says she’s been dealing with a lot of patients that have presented with symptoms since last week. She’s convinced it’s a virus not food poisoning. She said that her and her staff have eaten sandwiches from the same Subway and from the same batch of sandwiches and they have not developed symptoms. Community Quick Care paid for and had the sandwiches delivered to the schools for the teachers first day back. They kept a tray for themselves and have been eating them throughout the week since Tuesday.

She also said food poisoning and stomach viruses can look similar with nausea and diarrhea. We have people from many locations reporting it and she’s very confident it’s a virus and not food poisoning. King also said the symptoms seem to be lasting 24 to 48 hours.

According to Greenbrier Mayor Billy Wilson his wife has the same symptoms and she has had no contact with the food.

Leslie King said that kids were showing symptoms as early as last week so the teachers may have been exposed that way.

Dr Matt Browning of Well Now Urgent Family Care of Springfield, said he has seen an increase in viral gastroenteritis (stomach bug) cases in the last week. At least one case was severe enough to be sent to Northcrest Hospital.

Shelley L. Walker, Assistant Director, Communication and Media Relations with the Tennessee Department of Health,   said “we are looking into several reports of illness from Robertson County, and have not yet identified a source of the illness.”

Smokey will provide more information as it becomes available. If it seems we were a tad slow reporting this story, we were presented with lots of information on this story, we wanted to filter through it all and speak to officials to give you the the most accurate info as possible as to not cause a panic.

What would be helpful is for you to report in comments below if you or anyone you know have developed symptoms.

Several employees in the Greenbrier Cluster of schools reported that they became ill after consuming food from a local chain restaurant on Tuesday, Aug. 6. The employees appeared to have symptoms that may have come from food contamination, however that has not yet been confirmed by the Tennessee Department of Health.

Additional precautions have been taken and the school system will continue to monitor the situation and take whatever steps are necessary to ensure the health, safety and welfare of our students and employees.

For current health information regarding the schools call 384-4504