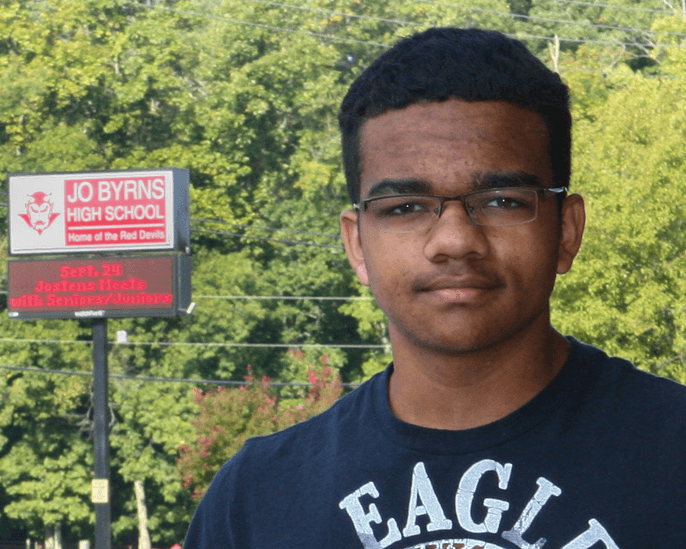 Jo Byrns High School student Justyn Emmons performed a heroic feat on Saturday, Sept. 7, when he unhesitatingly dove into a local lake to prevent a young child from drowning.

Emmons was part of a church outing and was also fulfilling some of his community service requirements for his Air Force Junior Reserve Officer Training Corp program at Springfield High School.

During the regional camp activities, an 8-year-old camper fell from a zip line into the lake and experienced difficulties staying afloat. The child, who could not swim, had selected a personal flotation device that was too large, and was slipping out of the device and calling for help.

Hearing the child’s cries, Emmons ran to the closest shoreline, dove into the water, swam out and retrieved the child, bringing him back to shore, where he handed him to others before getting out of the water himself.

Emmons said he had no second thoughts about the rescue, but simply did what he saw needed to be done in order to prevent a potential loss of life. His quick thinking and prompt action were critical at a time when seconds counted.

As a freshman in high school, Emmons is in his first year of Jr. ROTC and aspires to an eventual Air Force career as a pilot.

Story from the Robertson County Schools…..