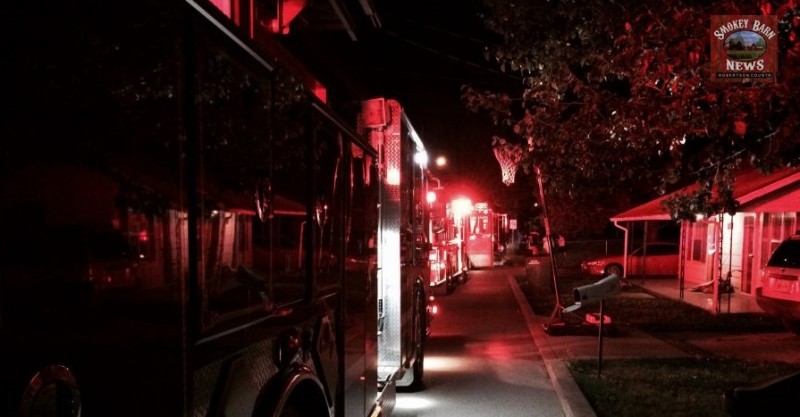 SPRINGFIELD TENNESSEE: (Smokey Barn News) – Around 1:24am Friday morning a very alert Springfield resident who goes by the name “Stacey” just happened to be pulling into his driveway and noticed smoke billowing out from the home next door. Keep in mind it was dark, cloudy and a great big tree was covering the front of the home. 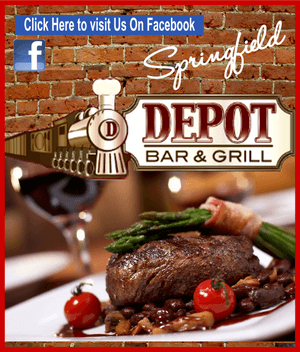 The home is located near the intersection of 21st Ave West near Main St. Stacey wasted no time, he called 911 immediately. Someone else said, “Is that a barbecue?” Stacey said, “No, that house is on fire.”

The two homes are situated fairly close to each other and there’s a very large beautiful tree with a huge canopy that covers a good part of both yards. A Springfield officer estimated the old tree to be over a hundred years old.  If the fire had gone unnoticed the home would have become engulfed in flames in a matter of minutes and that big beautiful tree would have gone with it.

If the fire had grabbed the big tree it would have likely leaped over to Stacey’s home too. “I live right here next door,” Stacey told Smokey Barn News. “I didn’t want my stuff burned down. When I pulled up I seen smoke coming out so I called it in,” Stacey said.

Captain Pulley with Springfield Fire told Smokey Barn News that the home was vacant but did have electrical service hooked up. Pulley’s analysis was that the fire was not caused by an arsonist but was most likely caused by a faulty electrical connection in the attic of the home.

Stacey’s quick reaction meant that Springfield Firefighters were able to save the home, that big beautiful tree and of course Stacey’s home too.

As far as damage to the home, Captain Pulley said, it was very minor, thanks to the alert neighbor.