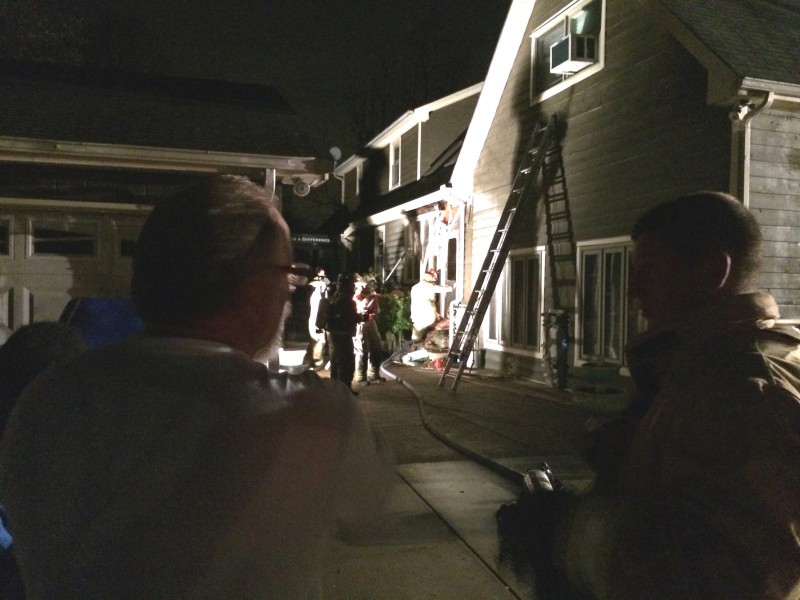 A powerful lightning storm lit up the sky Wednesday night in Middle Tennessee. You could see it and hear it all across Robertson County. Lightning is beautiful to look at but when you see a big bolt of lightning hit  the ground off in the distance there’s always that thought, “did it hit someone’s house?” Well tonight a bolt of lightning did hit a home igniting a fire and shorting out the home’s electrical system. The home is located near Tyree Springs Rd S. and Marlin Rd in White House and within minutes of the bright flash and loud bang the residents say they started to smell smoke and got out of the house.

A neighbor just happened to be looking and witnessed the lightning bolt strike the home. The strike point was actually visible, it was just a few inches from an outside light. Jeremy Sisk. Asst. Chief and Fire Marshal for the White House Fire Department said the home suffered heavy electrical damage and about 15 feet of wall and 15 feet of ceiling in one room has fire damage. When fire crews arrived smoke was pouring out of two roof vents. 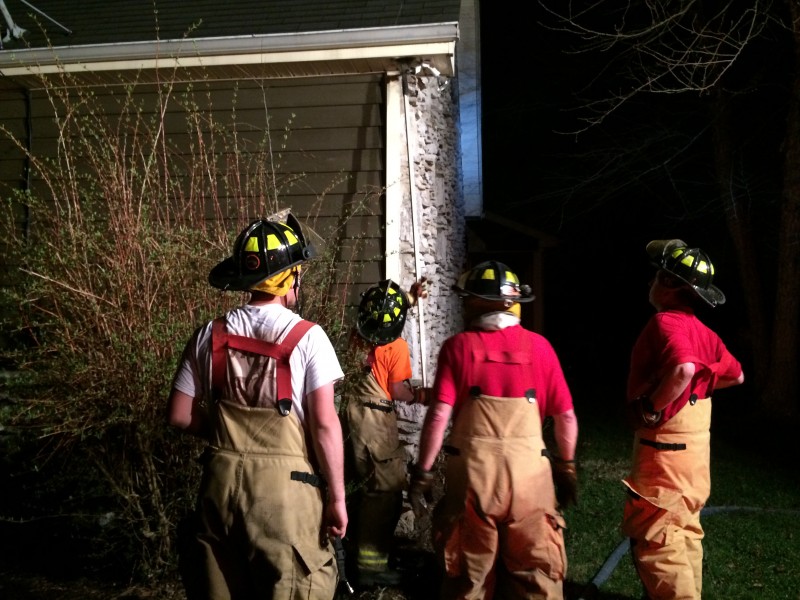 White House Fire crews were able to get the fire under control quickly with minimal water so the actual damage to the structure was kept localized. The damage to the home’s wiring is a different matter. Sisk said an electrician will need to evaluate the home’s wiring but his guess was that the home will need extensive electrical repairs. Sisk said there were melted wires and arcing on the exterior of the home. The homeowner theorized that the lightning traveled across the home via the gutters and branched

out from there. The lightning hit the left front corner of the home and the fire was more towards the middle of the structure.There was also visible damage to the homes phone wiring box.  The homeowners said there was a loud bang and a flash in the back yard and within minutes they smelled smoke and called 911.

Most of the structural damage was kept localized to one room which operates as a breezeway. There were two people in the home at the time of the fire but they got out quickly so thankfully there are no injuries to report.

The good news is that the home and all of its contents were saved and the family had relatives living very near by that were able to take them in until the repairs can be made.